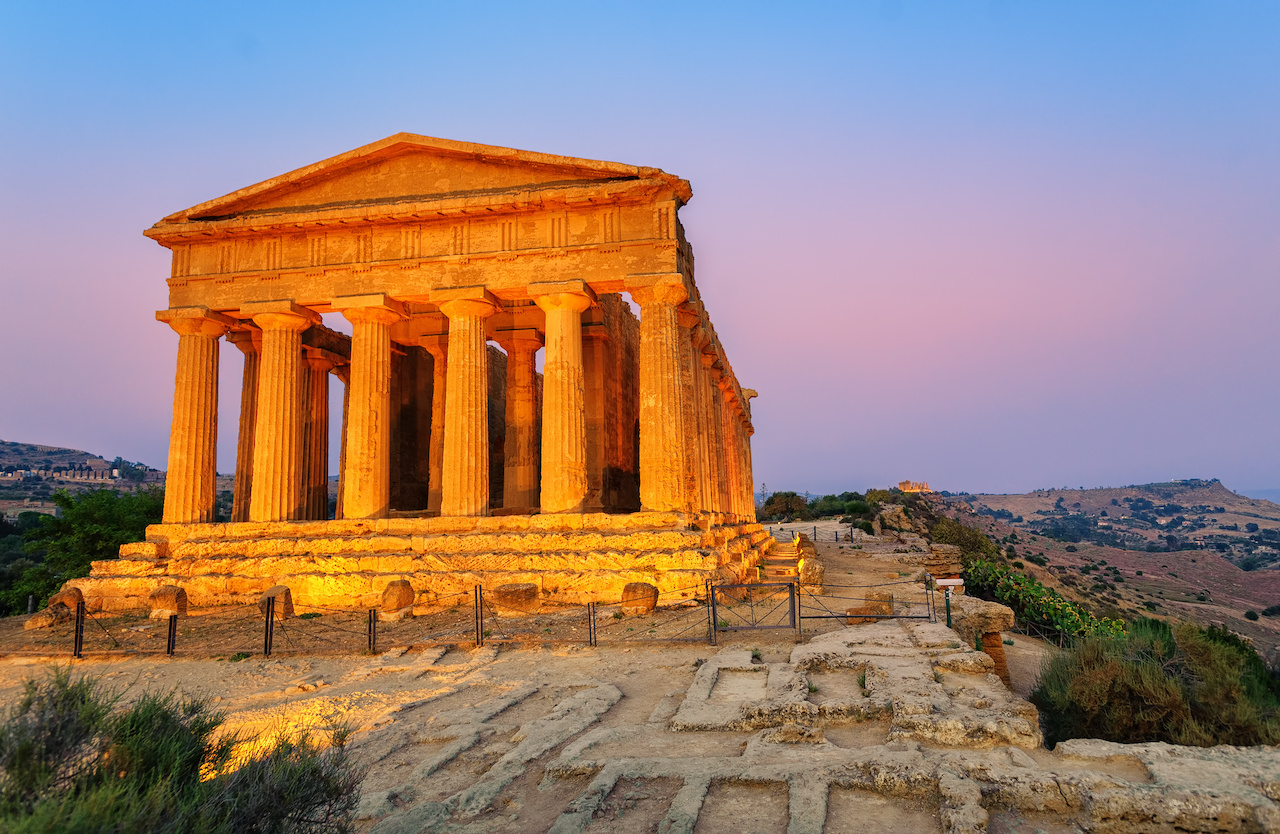 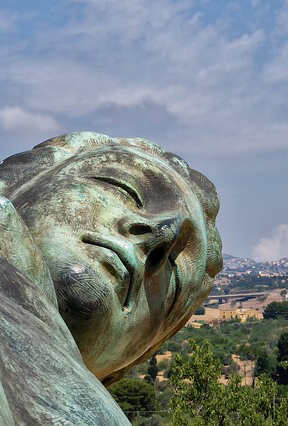 The Valley of the Temples

The Valley of the Temples is an archaeological area of ​​Sicily characterized by an exceptional state of conservation and a series of Doric temples. It corresponds to the ancient monumental “Akragas” original nucleus of the city. The entire area has been included in the UNESCO heritage list and is considered a sought-after tourist destination as well as being the symbol of the city and one of the main ones on the island. The archaeological park of the Valley of the Temples, with its 1300 hectares, is the largest archaeological site in the world.

The city was founded by some inhabitants of Gela, with the name of Ἀκράγας (Akragas), from the homonymous river that bathes the territory. It was one of the main cities of the ancient world, an important urban center both economically and politically. The settlement was protected by a defensive system, consisting of a circuit of walls that exploited the topographical characteristics of the place. Akragas’s military expansionism had particular impetus at the time of the tyrant Theron and the victory over the Carthaginians. The sacking by the Carthaginians was followed by a period of decline of the city, which in any case was rebuilt.

The Valley of the Temples is characterized by the remains of twelve temples in Doric order, three sanctuaries, a large concentration of necropolis, hydraulic works, fortifications and two important meeting places: the lower Agora and the upper Agora, an Olympeion and a Bouleuterion (council chamber). The valley of the Temples also hosts the so-called tomb of Terone, a monument of considerable size in the shape of a pyramid which is thought to have been erected to commemorate the fallen of the Second Punic War.

On the western side of the city are the remains of Gates VI and VII, further north are the remains of Gates VIII and IX and to the west the remains of Gate V. At the west end of the area on which the Temple of Concord stands , in the garden of Villa Aurea there is a part of the late ancient and early medieval necropolis. Two notable hypogea, one to the west of the entrance. Other pit tombs can be seen on the Via dei Templi, with a central road leading to the so-called Fragapane caves, one of the most notable examples of catacombs in Sicily. On the corridor and roundabouts there are burial niches and cubicles, while other ambulatories lead to more or less regular lateral sectors, with burials in niches, pits and sarcophagi. These necropolises are the natural extension of a vast Hellenistic-Roman necropolis, called Giambertoni.

The archaeological area among the most beautiful in Italy today is characterized by an excellent state of conservation and is a regional archaeological park, the first in the country to have a sustainability report, which certifies not only its social and cultural commitment but also its commitment to the environment.

* The reduced ticket is valid for citizens aged between 18 and 25 of the European community
** In consideration of the closure of the Park on Saturdays and Sundays, the combined Valley and Museum tickets (valid for three days) with admission on Friday will also allow visits on the following Tuesday.

** The Kolymbethra Garden does not adhere to the “Domenica Al Museo” initiative, therefore the ticket is not free on the first Sunday of the month.

The combined ticket Valley of the Temples + Garden of the Kolymbethra is suspended on Easter Monday, April 25th and May 1st.

Exclusive access to the Kolymbethra Garden is not allowed, as it is mandatory to pass through the ticket offices of the Valley of the Temples.

In compliance with the ordinance “Additional urgent measures in the field of containment and management of the epidemiological emergency from COVID-19”, the suspension, until further notice, of free access on the first Sunday of each month to places of culture.

Free admission is allowed, by showing the ticket office staff a document certifying one of the following conditions: