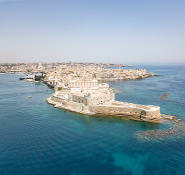 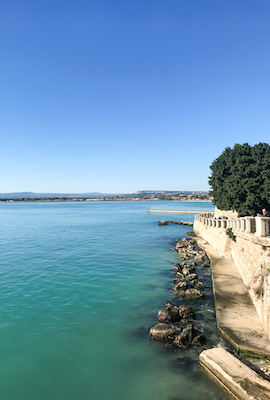 The Island of Ortigia

The Island of Ortigia, World Heritage Site and heart of Syracuse

The Island of Ortigia is considered a World Heritage Site and the ancient heart of Syracuse. The name, which means ‘land of the quail’, hints at how much the island has been associated with the concept of a safe haven for seagulls and, more generally, of its identity as a safe harbour, hence destined for shelter.

Ortigia is a dense labyrinth of narrow streets opening onto delightful little squares. Rich in legends and historical buildings, the island offers courtyards, temples, castles in an area of only 1 km². Its soul, however, does not live only on the surface: the underground path with its interesting system of cisterns and tunnels, winding under the Cathedral, leads to the marina.

Those who have never been to Ortigia will not be able to fully understand the poetry, the feeling of wonder and well-being that it can give its visitors.