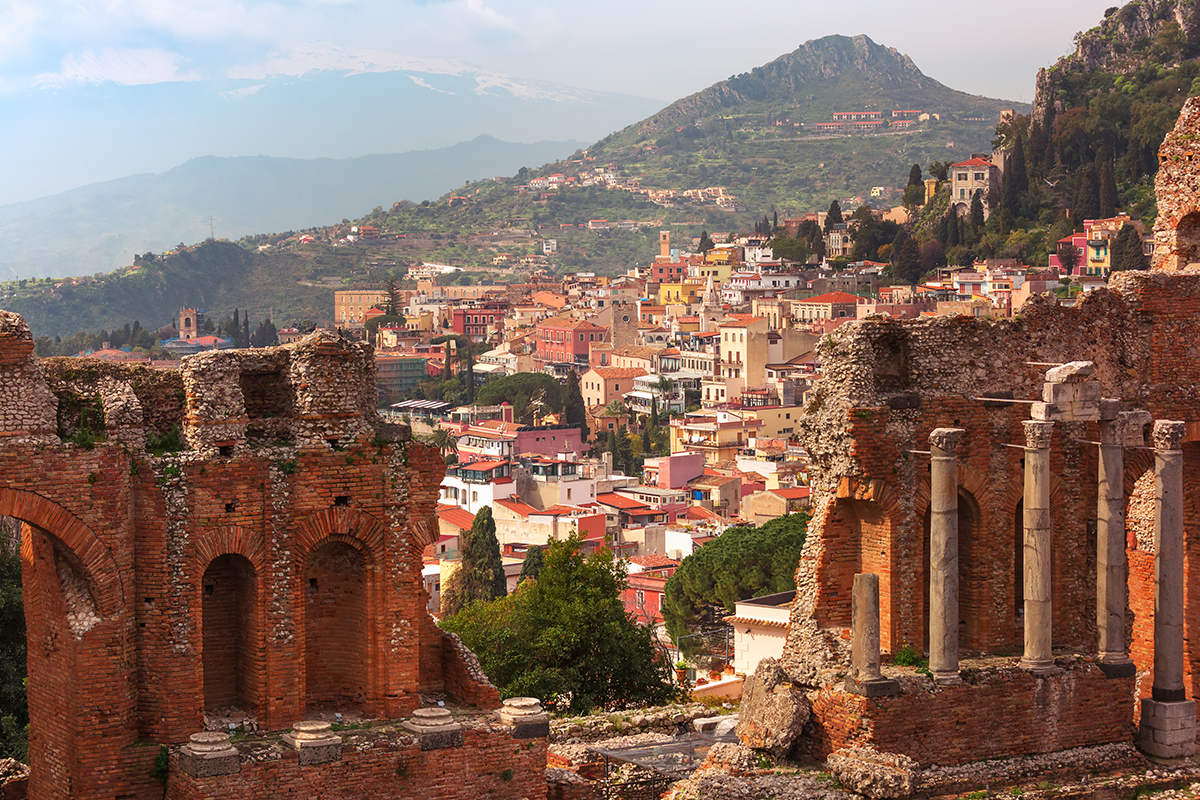 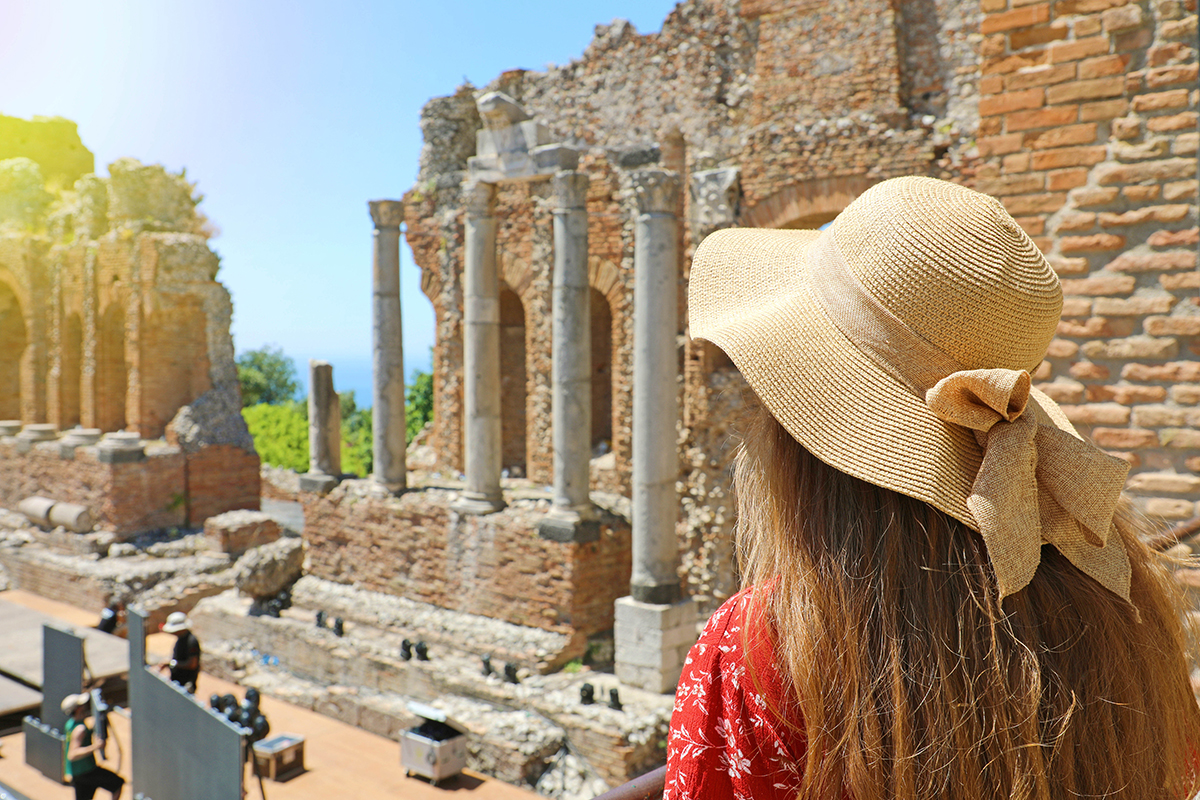 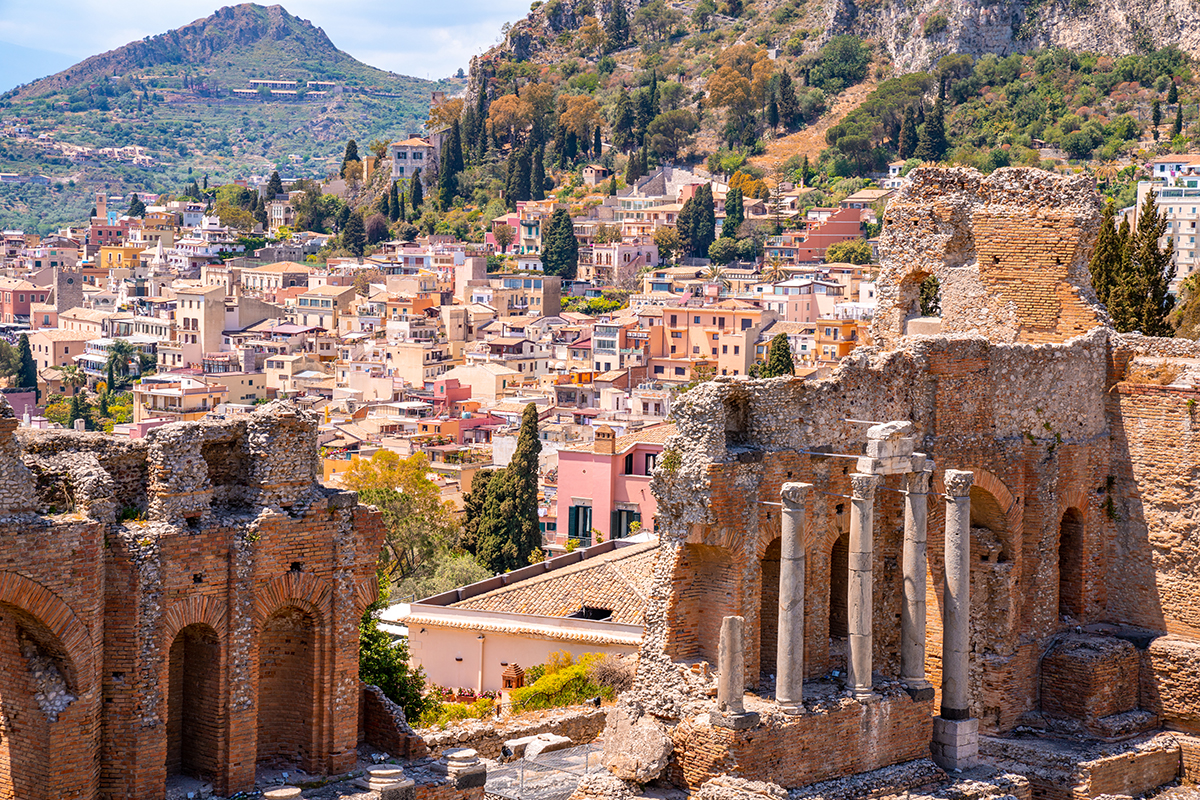 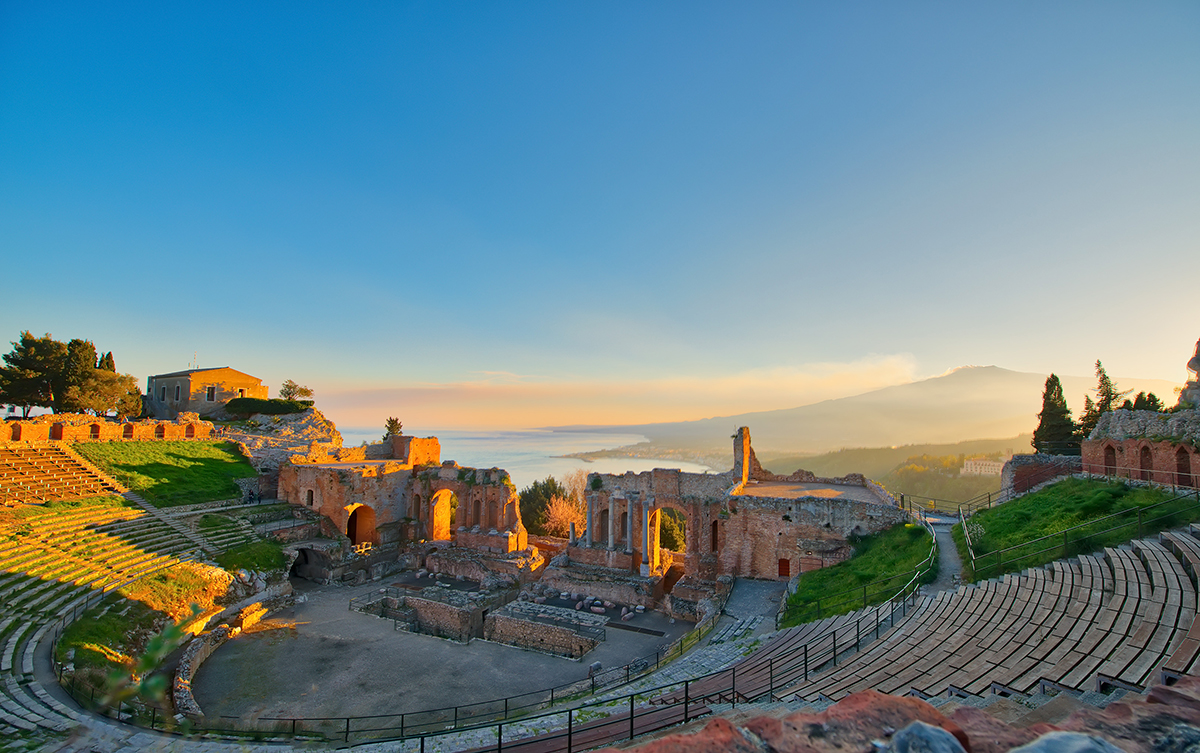 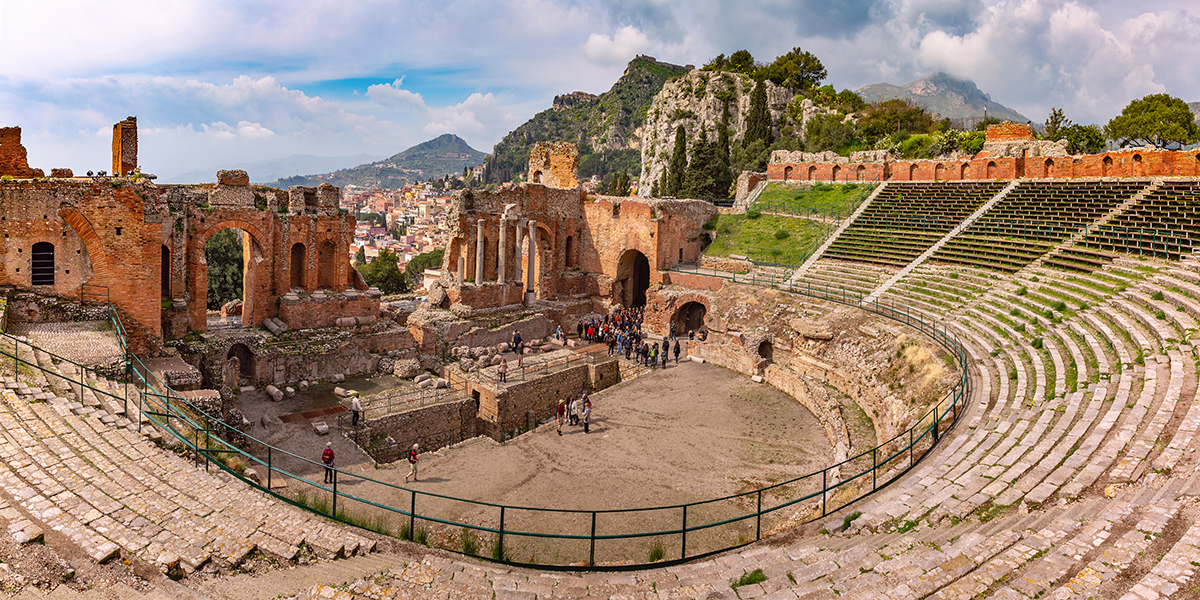 The Ancient Greek Theater of Taormina

After that of Syracuse, the Ancient Greek Theater of Taormina is the largest.

With a diameter of 110 meters, the Ancient Greek Theater of Taormina was built in the third century in the Hellenic style, with Corinthian columns. Over the centuries it underwent various architectural changes (especially during the Roman era who transformed it, as was used in Rome, into an amphitheater for gladiator shows).

The theater now hosts important international musical and cinematographic events, such as the renowned “Taormina Arte” Festival. Famous for its acoustics, it boasts an extraordinary scenic location on a promontory that overlooks both the Bay of Schisò and Mount Etna.

When no reference is made to the covid-19 containment regulations, the theater remains open every day from 9 to one hour before sunset. The entrance ticket is 8 euros (reduced 4 euros).