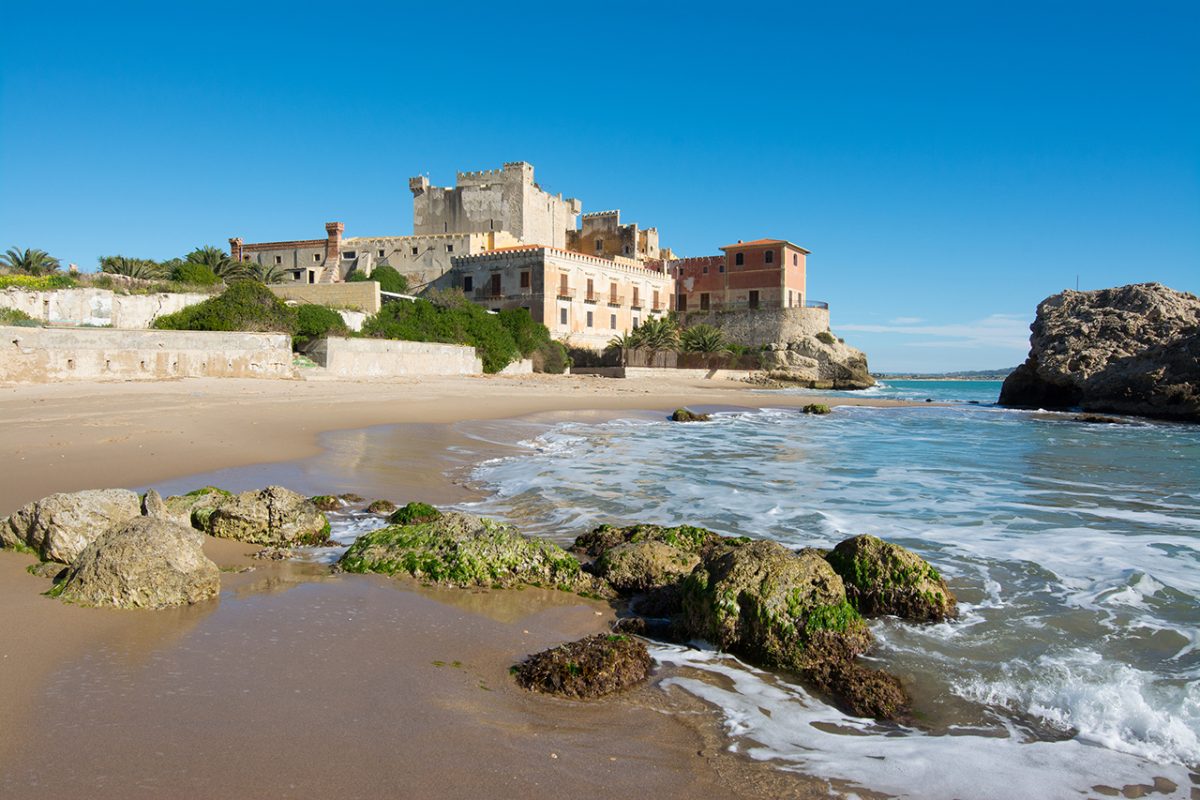 Sutera is located in the province of Caltanissetta. It is a small village called “the Balcony of Sicily” because, being perched, it allows an incredible view that stretches from Agrigento to Mount Etna.
Built around Monte San Paolino with a mediaeval layout, it is a prominent place for tourism in our region.

Consisting of three districts, Rabato, Rabatello and Giardiniello, Sutera is located right on the route of the Via Francigena, only 40 km from the sea.
The Rabato quarter, specifically, is characterised by old chalk houses, among which narrow alleys, courtyards and steep stairways made entirely of pebbles can be seen.

It is easily reached on foot by a flight of steps, at the end of which is the Sanctuary of San Paolino, built on an ancient Byzantine castle, and the Ethnoanthropological Museum. Inside, typical 19th-century environments are reconstructed, including tools and utensils from that era. Not far away is also the Church of Sant’Agata on the small square of the same name.

There are several hills around the town, perfect for those who love trekking and hiking; among these are Colle San Marco, Santa Croce and the Xacca, the cleft so called because it is split into two portions spaced tens of metres apart but strangely matching. Legend has it that this cleft was formed at the exact moment when Jesus was crucified.

The Living Crib organised every year is a noteworthy folkloric expression set in the Rabato quarter. Not many people know that Sutera was also, in 1987, chosen by US director Michael Cimino to shoot part of his film “The Sicilian”, which tells the story of the bandit Salvatore Giuliano and was starring Christopher Lambert.

The origin of the village can be traced back exactly to 860 AD, during Arab rule. It is no coincidence, in fact, that the district “Rabato” means “village” in Arabic. Moreover, its architectural features perfectly reflect Arab ones, with its small, narrow alleys. There was also a mosque in the neighbourhood, which was razed to the ground in order to build the Church of Santa Maria Assunta on it in 1370.