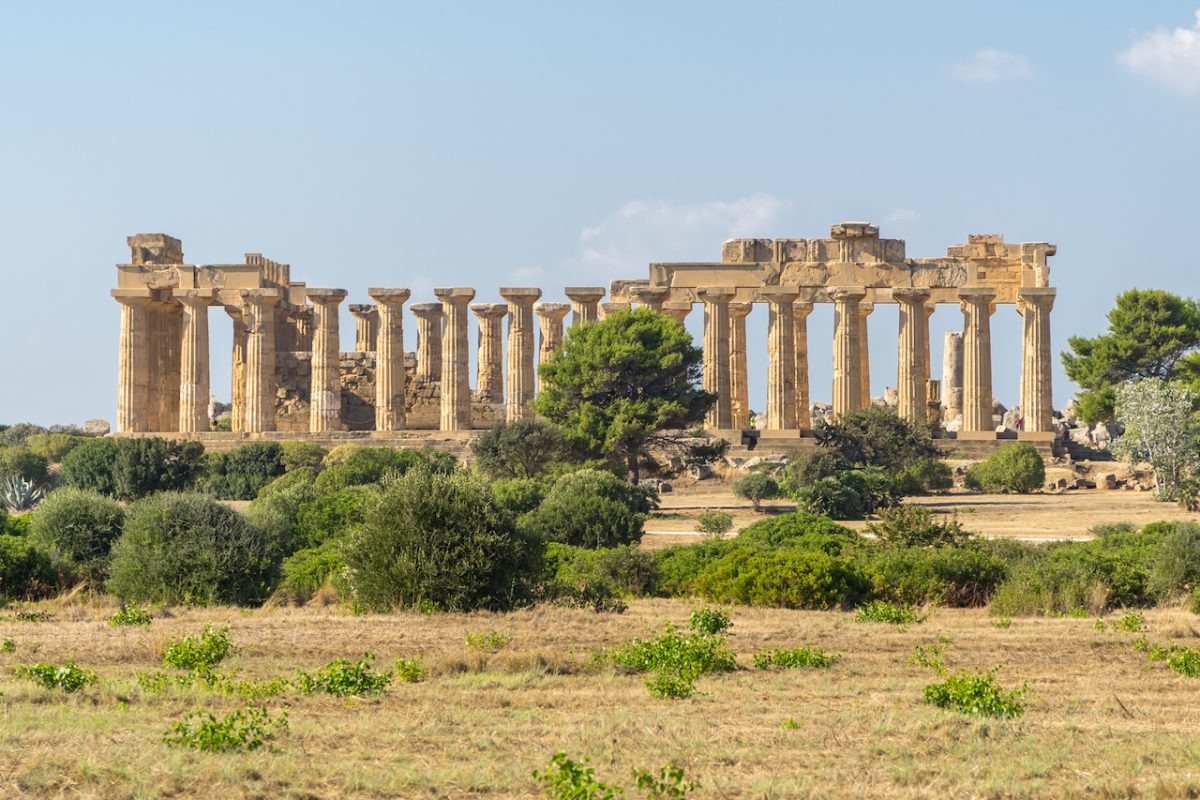 Selinunte stands on a small plain 30 metres above sea level and takes its name from Selinon, the wild parsley that grows luxuriantly on the banks of the river Modione.

It was founded by colonists from Megara Hyblaea led by the ecist Pammilos, between 650 and 628 BC, when they moved to treat Selinunte as an emporium.

Over the next two centuries, between 628 and 420 B.C., the settlement attempted to found its own colonies, such as Heraclea Minoa, and formed an alliance with the Carthaginians. The Acropolis and the Sanctuary of Malophoros were built and a truly prosperous time began.

Selinunte, however, does not give up and attempts a comeback by trying to conquer Lilybaeum, the promontory of Marsala. It failed in this endeavour too, and decided to sign a peace agreement according to which it was destined to fall into the hands of the Carthaginians.

In the 3rd century BC, the reconstruction of Selinunte began in the area of the Acropolis and the Necropolis became the Manuzza area.

Over the next hundred years, during the First Punic War, Selinunte truly believed it could free itself from the Carthaginians, but during the battle it was completely destroyed and the Romans felt no interest in its reconstruction. Thus ended the life of one of the most important colonies of Magna Graecia.