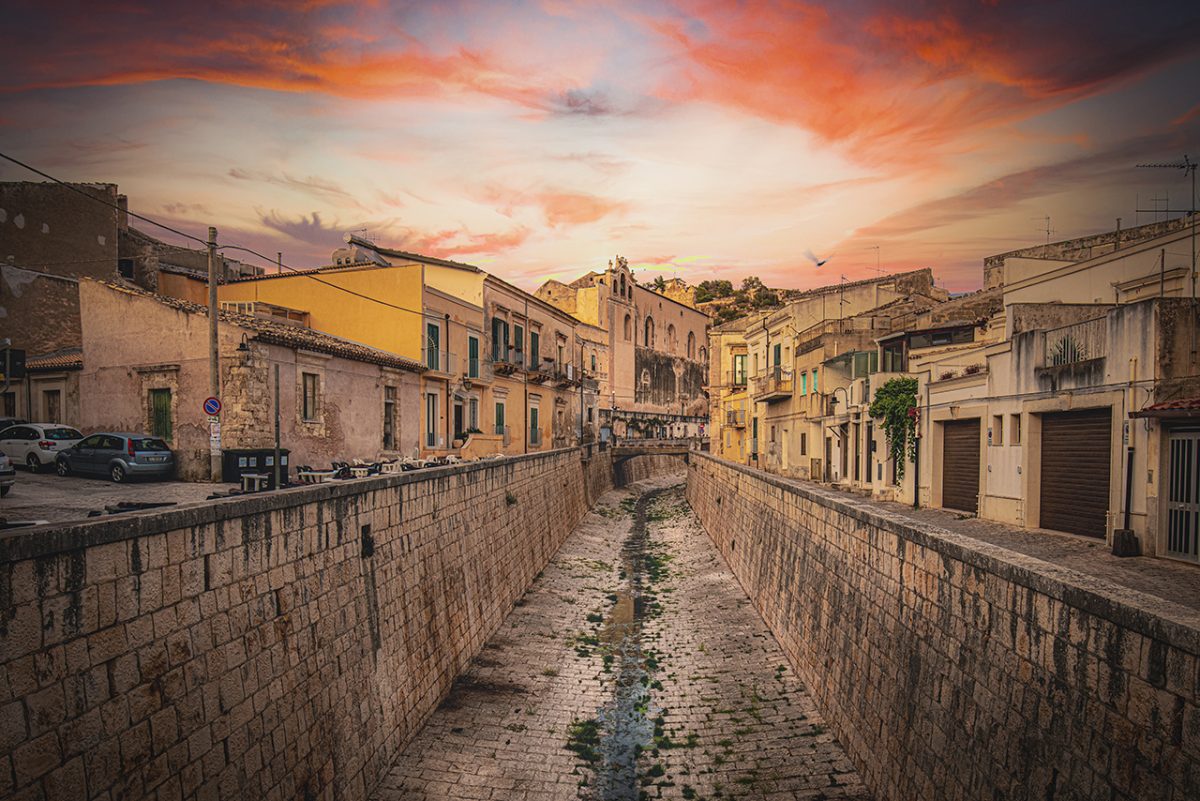 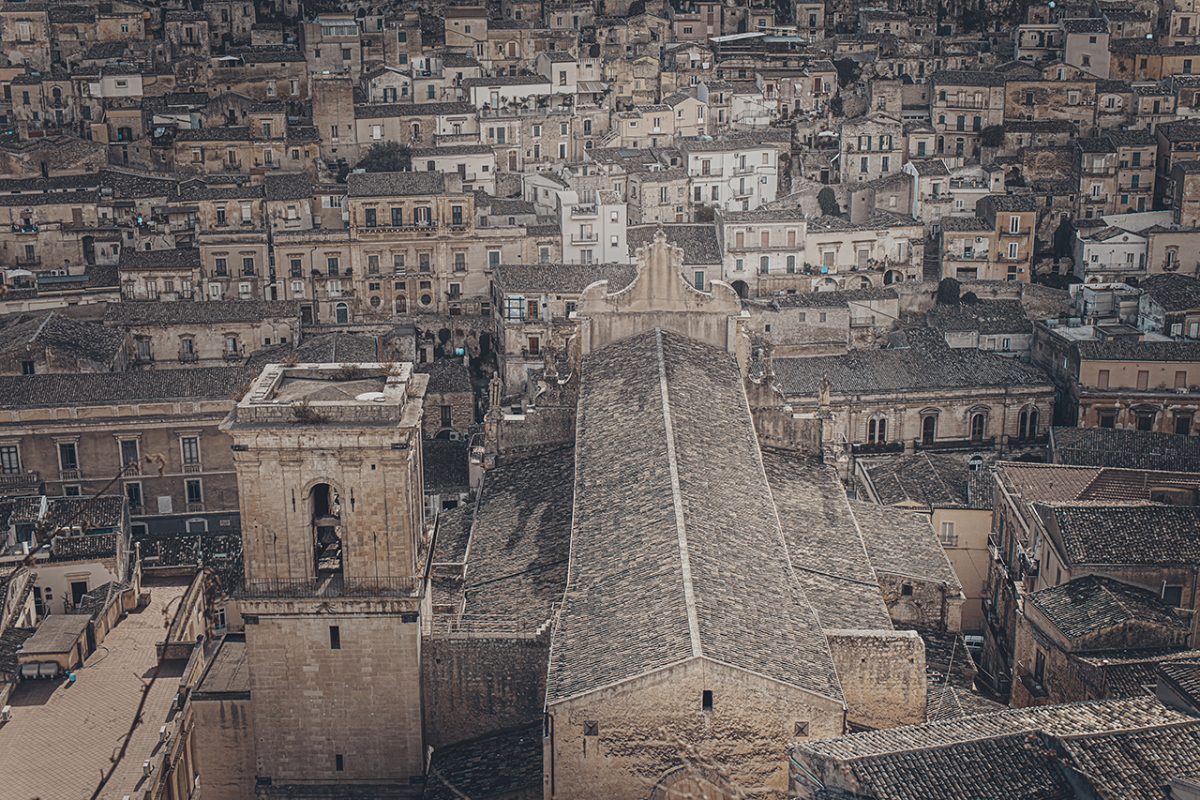 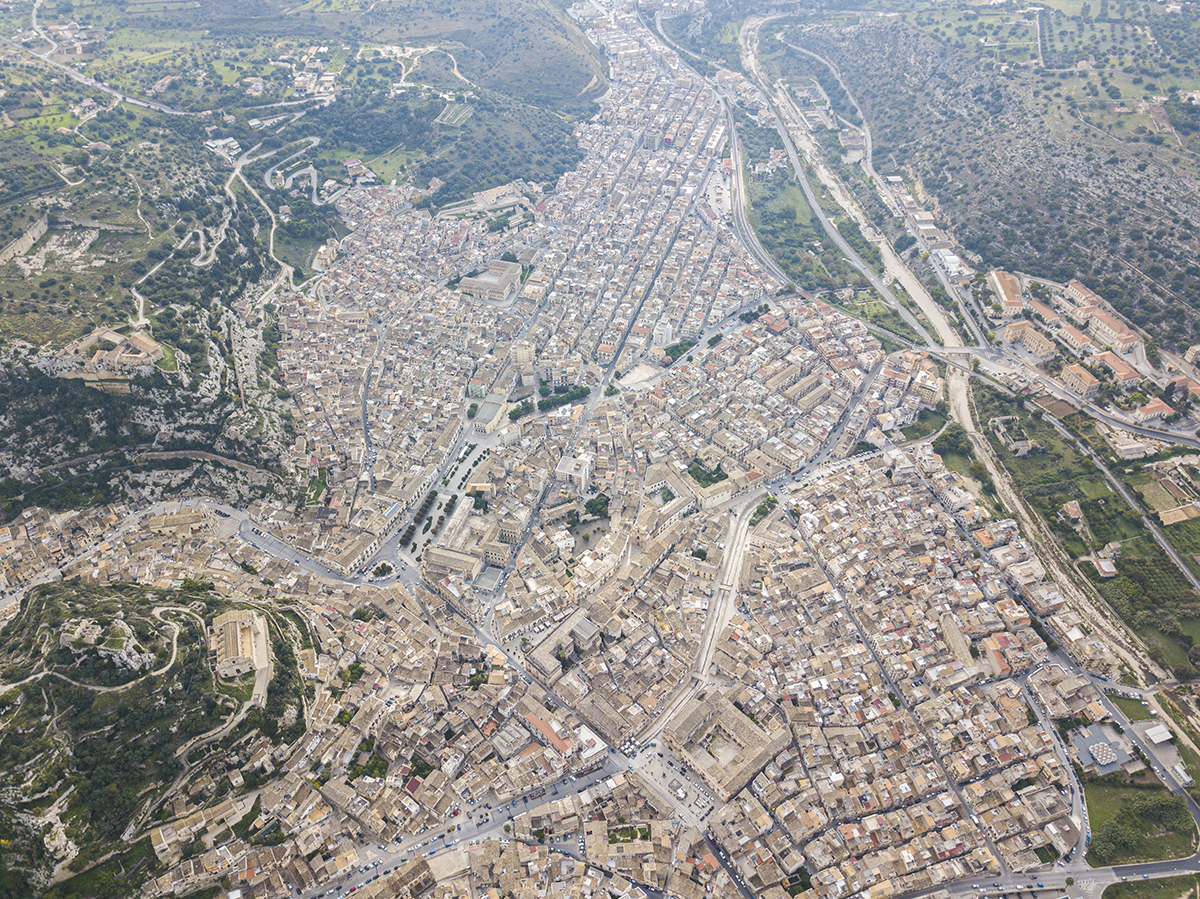 Scicli is a wonderful Baroque town in the province of Ragusa that has been recognised as a UNESCO World Heritage Site.

The town’s magical and picturesque appearance is given by the plain in which three valleys called quarries intersect, the Modica quarry, the Santa Maria la Nova quarry and the San Bartolomeo quarry. The three valleys are full of caves, which have been found to have been inhabited as far back as 3000 years ago.

Like other western towns in Sicily, Scicli was razed to the ground by the 1693 earthquake and rebuilt with warm tones and soft lines.

Before Commissario Montalbano Scicli was not so well known, although it is architecturally marvellous and rich in ancient traditions such as the Sicilian sfilato, chocolate from nearby Modica and ceramics.

In the episodes of the series set in a fictional town, the Commissariat is set inside the beautiful Palazzo Comunale.

Right next to the Palazzo Comunale is the oval-plan Church of San Giovanni Evangelista, inside which there is an astonishing amount of stucco work, decorations and frescoes. Among the most important paintings is the Burgos Crucifix, also known as Christ in a skirt.

Another building worth visiting is the Antica Farmacia Cartìa, at 24 Via F. Mormino Penna, inside Palazzo Spadaro. The history of this ancient pharmacy dates back to the early 1900s and inside it surprisingly still retains the original furniture, laboratory instruments, medicines and poisons.

Right next to the pharmacy is Palazzo Bonelli Patanè, an ancient palace full of Baroque stuccoes, period furniture and frescoes.

The Church of San Michele Arcangelo is in Via Fiumillo, also baroque, with a bell made from the fusion of Greek tin coins. There is so much to see in this town! Just think of the Mother Church of Sant’Ignazio, inside which you can admire La Madonna delle Milizie, a unique statue depicting the Virgin brandishing a sword, in the action of trampling the Turks.

Palazzo Beneventano is one of the oldest and most beautiful palaces, with an imposing entrance that is almost three metres high and is nicknamed the ‘Gate of the Giants’, and whose decorations include human and animal faces from the imagination.

On the hill is the Church of San Matteo, built after the Val di Noto earthquake of 1693, near the remains of the castles that defended the town. If you proceed towards Contrada Chifura, just behind the Church of San Matteo, you will see an area where there are still caves carved out of the stone that are very reminiscent of Matera. Of these, one in particular is worth a visit: the ‘rutta di Ron Carmelo’, inside which a straw bed, utensils and a rudimentary kitchen are still preserved.

Finally, on Colle della Croce, in a particularly scenic spot, there are still some buildings dating back to the 16th century, which make up the Gothic-inspired Santa Maria della Croce complex.

Sampieri is a fishing village with long beaches of golden sand, gently sloping seabed and dunes protected by Mediterranean scrub. The protected area of Costa Carro has been established here, an unspoilt area for lovers of tranquillity.

In the area near the sea there is a small hamlet, Sampieri, with the Contrada Pisciotto, there is the Fornace Penna, back in the limelight thanks to the images that appeared in the Commissario Montalbano drama and which represents a true centre of industrial archaeology.