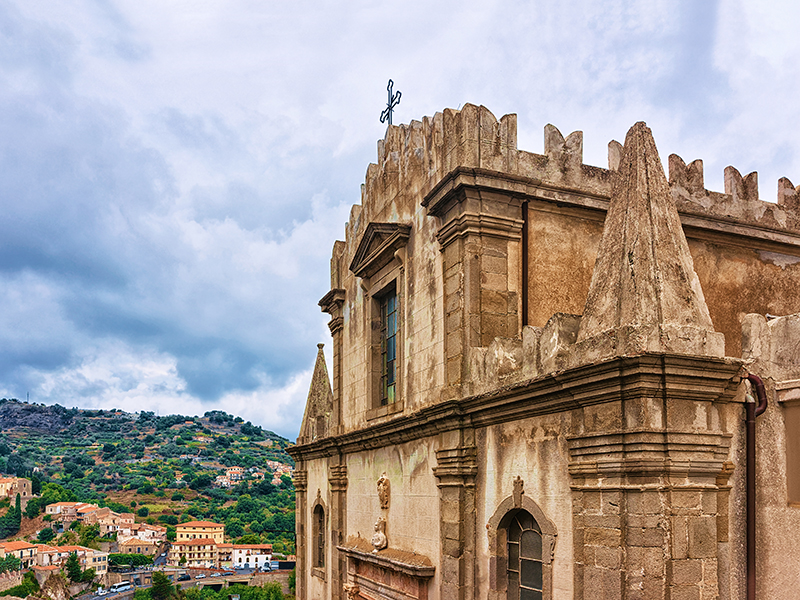 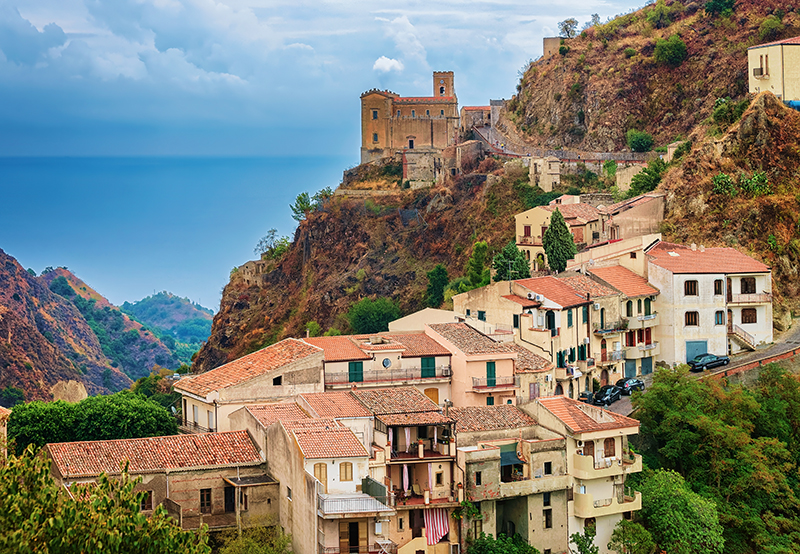 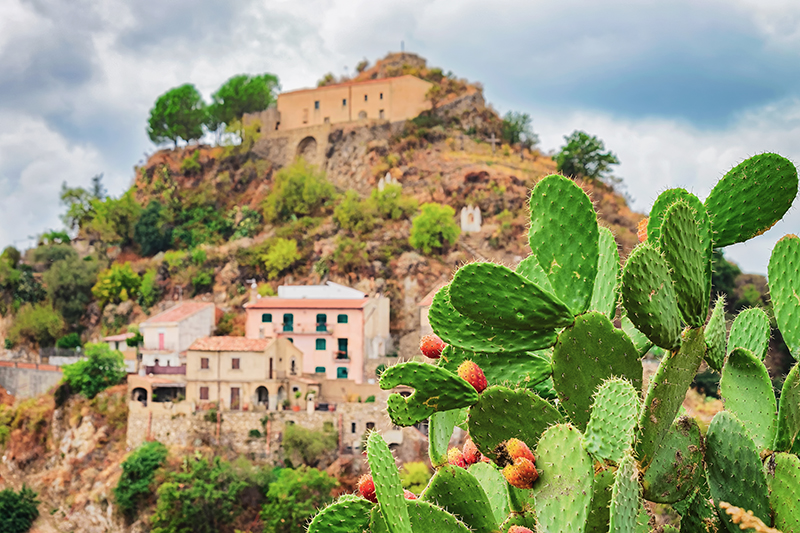 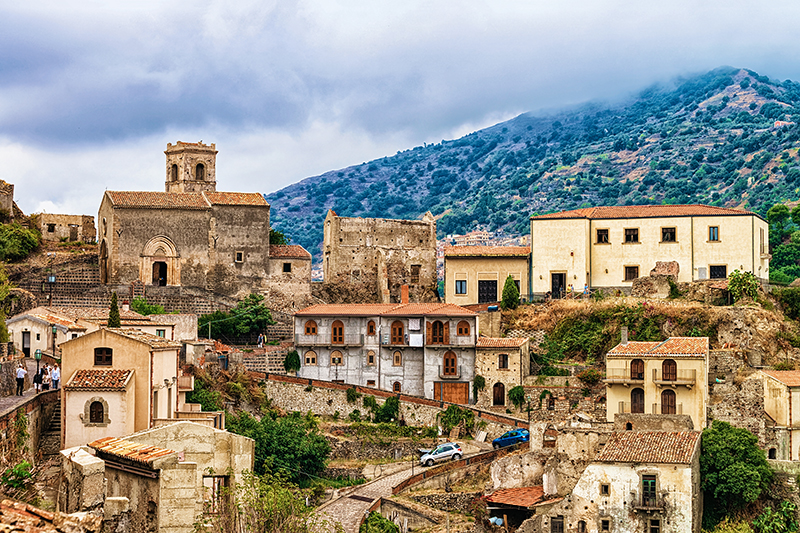 Savoca is a small medieval village of about 1,700 inhabitants, located in the province of Messina.

Having become famous as the location of excellence for Coppola’s film ‘The Godfather’, it actually offers many other attractions to visit. Let’s start with the name: it derives from ‘Savucu’, meaning elder: the plant that characterises its beautiful landscape. That rural landscape, rich in orchards and vineyards that made it nicknamed ‘the village of seven faces’ by Leonardo Sciascia. The reason lay in the consistency of the type of landscape one could admire, from every possible direction.

When you enter the village, the first thing you see is a beautiful 18th-century palace, Palazzo Trimarchi, right in Piazza Fossìa. All in Sicilian neoclassical style, it was renovated in 1773.

For lovers of the Coppola saga, we are talking about the very building where the sign of the Vitelli bar, the scene of the famous dialogue between Michael and his future father-in-law, was posted. Tourists are particularly fascinated by the places that retrace the moments sitting at the protagonist’s table.

The Churches and the Convent

Michael Corleone and the Godfather’s daughter were married in the Church of San Nicolò, a Baroque church rich in polychrome marble and three naves.

Yet, the ‘mother’ church is that of Santa Maria in Cielo Assunta, which has been part of the Italian National Monument since 1910, and inside which there is still an underground crypt. During the regency of Roger II, this church was built on a pre-existing structure: we are talking about as far back as 1130.

The Church of St Michael, like the others, is rich in valuable frescoes and ‘special’ tombs. In fact, it is said that they probably belonged to unbaptised children, who were then separated from the others.

The Church of Calvary was erected on the hill of the same name, in a panoramic position. Up here, already in the year 1000, there was a hermitage where some Basilian monks lived before the Jesuits. It was the latter who had the decaying church restored in 1735. During this period, they also decided to dedicate it to the Blessed Virgin of Seven Sorrows and the Holy Cross.

Finally, the Capuchin Convent, the starting point of the Stations of the Cross, in which there is a crypt containing mummified bodies.

Pentefur Castle has a trapezoidal shape. According to an ancient mediaeval legend, it was built by the legendary and mysterious Pentefur: five thieves who escaped from prison in Taormina and established their hideout there from which they conducted raids through the neighbouring districts.
Today it is in ruins, with only parts of the walls remaining, which had already begun to decay in the 18th century.

Further monuments to visit in Savoca include the 12th-century Norman City Gate, a sandstone pointed arch, the Bifora, a medieval Spanish-Gothic building under architectural protection, the old prison, the ruins of the Synagogue, and finally the Ethno-anthropological History Museum.