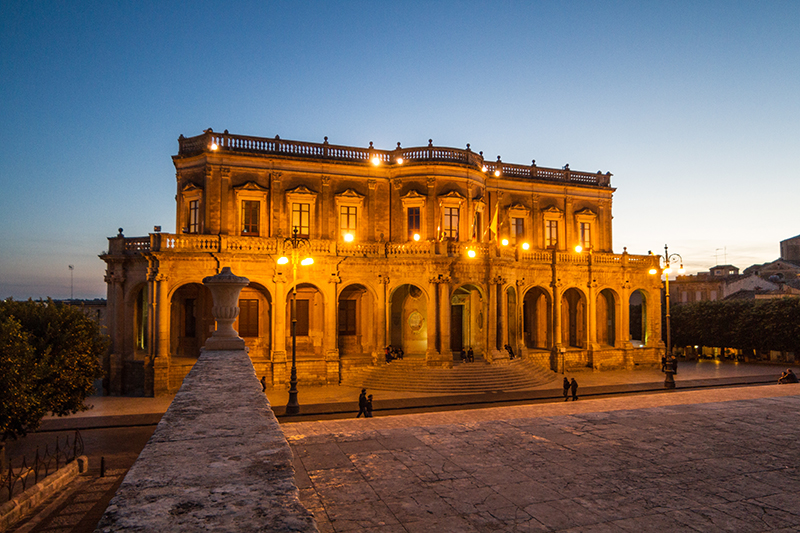 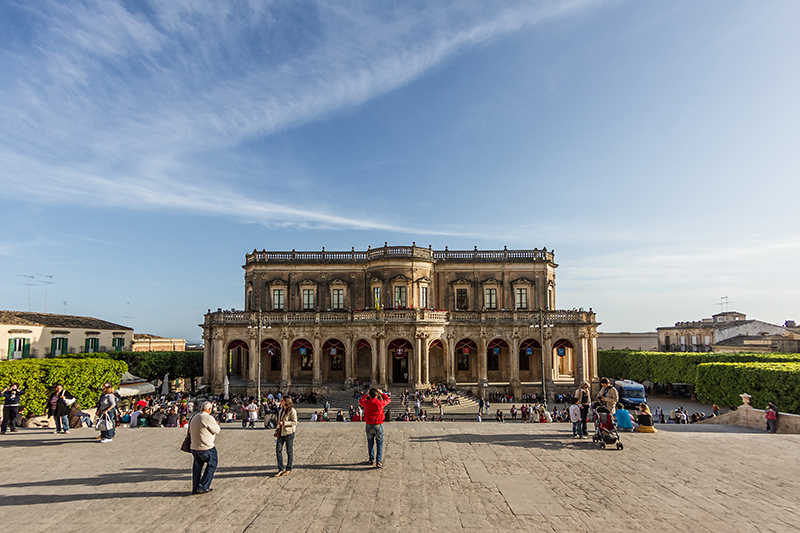 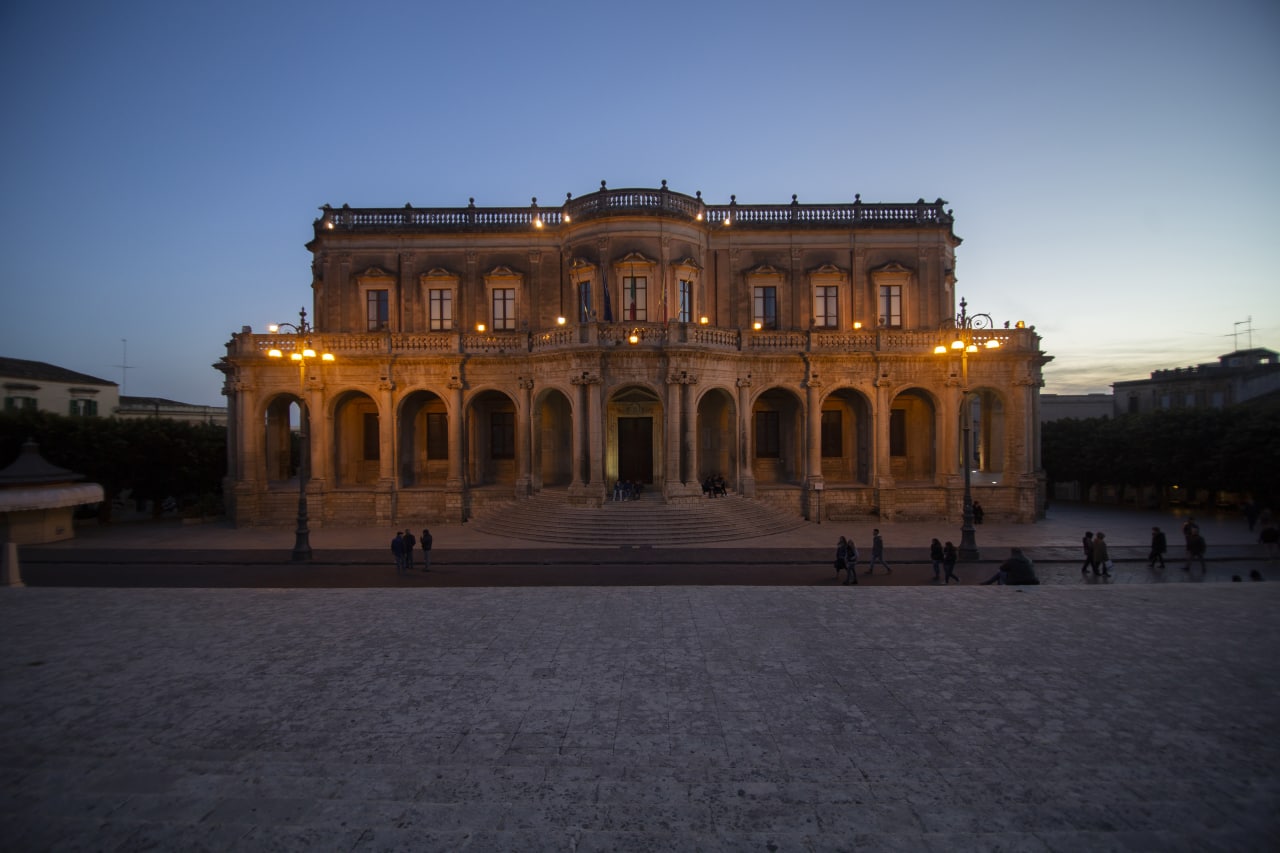 Palazzo Ducezio, seat of the Town Hall of Noto still today, was built around 1760. Dedicated to the founder of the city, it is located in front of the Cathedral, in via Vittorio Emanuele.

Inside is the Hall of Mirrors, in classic Louis XV style in which there are obviously some sumptuous mirrors from the late nineteenth century.

The Palace was also visited by the Savoy in the 1930s and precisely for the occasion, the painter Gregorietti was responsible for the restoration of the oval-shaped hall.

On the central vault attributed to Antonio Mazza in 1826 an allegory of Ducezio, king of the Sicilians, with a genius officer.

The Hall of Mirrors today represents the hall suitable for hosting illustrious delegations, heads of state and prestigious events, such as the signing of the memorandum of understanding between the Eight UNESCO Municipalities in order to proceed with the creation of the cultural district.

After the restoration, it was reopened on 14 July 2001 precisely on the occasion of the visit of the delegation of the Hungarian government, for the twinning between the city and Hungary.