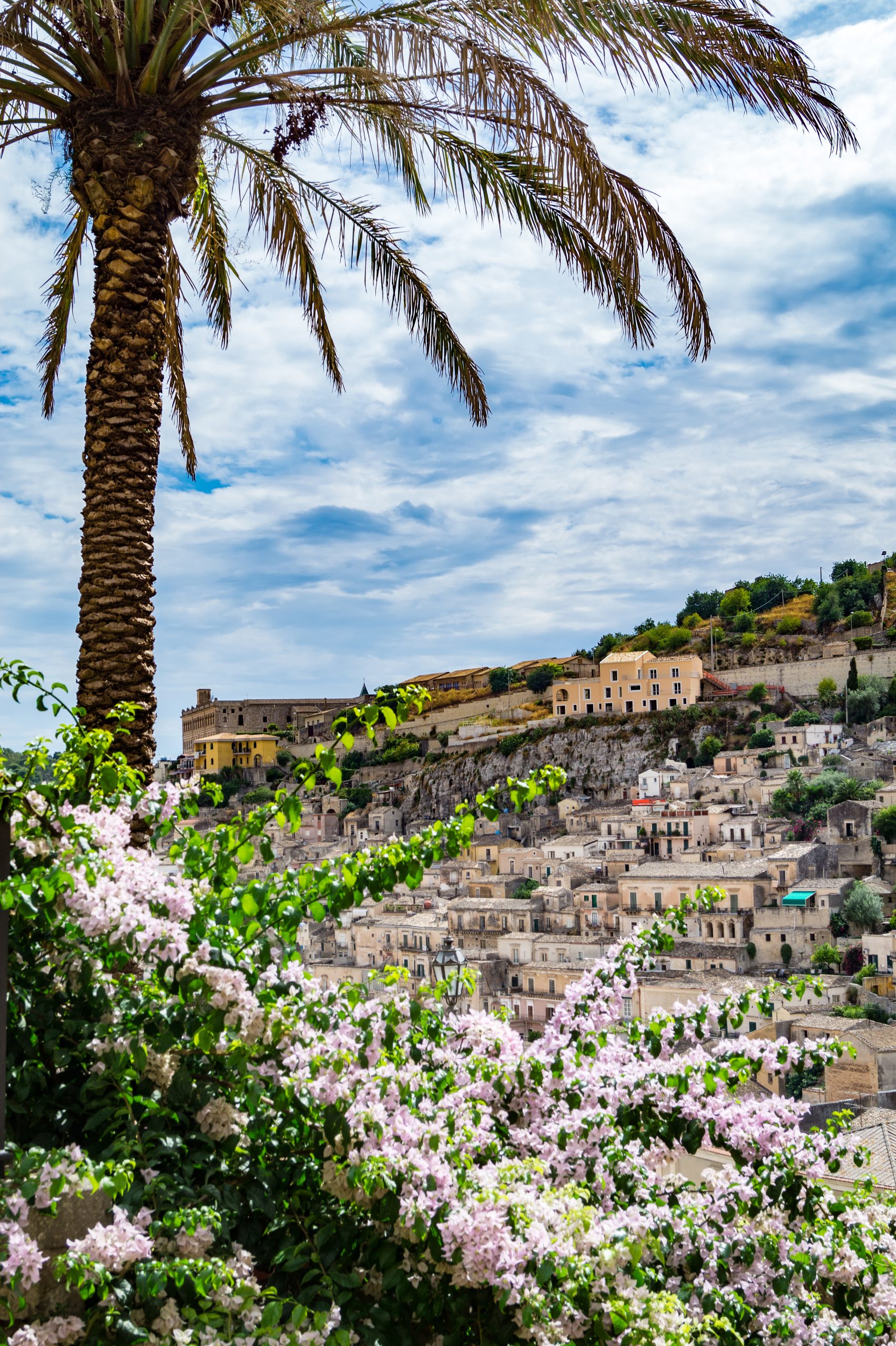 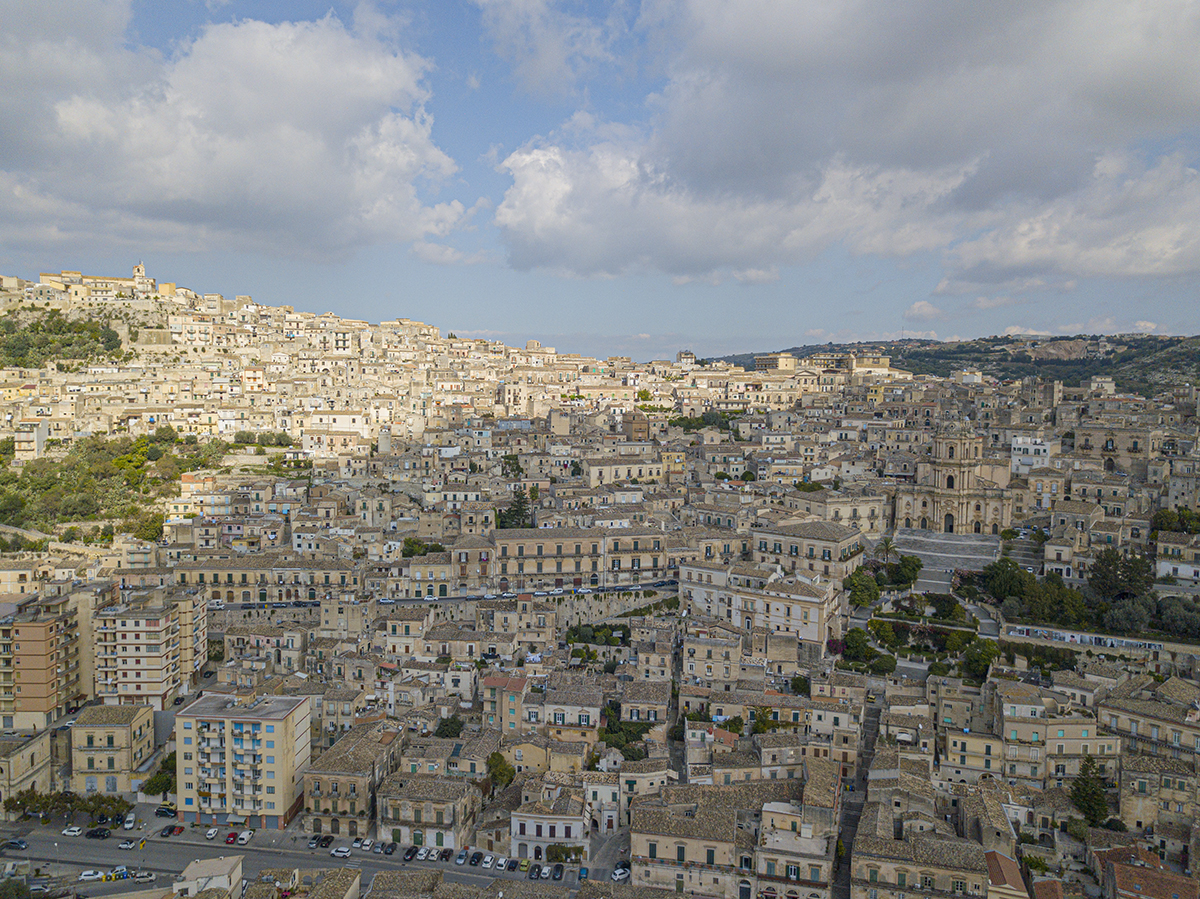 Modica is a city in the province of Ragusa of about 50,000 inhabitants and clings to the rocky walls of the quarries that run through it. It is rumoured in an ancient legend that Modica was founded by Hercules, who in his tenth effort captured the red oxen of the giant Geryon. After his triumph in Spain, he headed for Italy and the oxen he was carrying as a trophy were stolen from him in Sicily. It would be Motia, a beautiful Greek woman, who would show him where they were. To thank her, Hercules founded three cities bearing her name: among them Modica.

It, together with the Val di Noto, is on the UNESCO World Heritage list for its fantastic historic centre. The prevailing style of monuments is that identified as Sicilian Baroque of south-eastern Sicily, i.e. the architectural style that characterises the post-earthquake reconstruction of the entire area.

The urban fabric, lying on the flanks of the two valleys and on the plateaus of the hills above, is a tangle of small houses, narrow streets and long stairways, which cannot fail to remind us of the medieval layout of the historic centre, all wrapped around the spur of the Pizzo hill, on which the Conti Castle rested inaccessibly, with its majestic Clock Tower that is still one of the city’s most representative symbols.

The imposing Baroque façades of the churches, including that of the famous St. George’s Cathedral, set like a jewel in the district behind it, and that of St. Peter’s Church, enhanced by the scenic staircase with the statues of the Apostles, alternate with the elegant architecture of the great palaces, such as Palazzo degli Studi, Palazzo Grimaldi, Palazzo de’ Mercedari. The beautiful Garibaldi Theatre cannot be overlooked.

At one time, what was known as Modica Alta was the original part of the town. In time, it spread towards the valley where Modica Bassa later developed. This part stood on the banks of the two rivers Pozzo dei Pruni and Janni Mauro, which joined into a single stream that is now covered: the Moticano.

At the end of the 19th century, the city had 17 bridges spanning rivers and streams, making it as fascinating as Venice. Unfortunately, in addition to the terrible disaster of the 1669 earthquake, a major problem was flooding, such as that of 1902, when it was decided to cover it to prevent further flooding. This caused it to lose some of its beauty provided by bridges and mills, but that is how Corso Umberto I was born.

Let us not forget that Modica is still extremely famous for the production of chocolate, cold-processed according to the recipe inherited from the Spanish back in the 16th century.