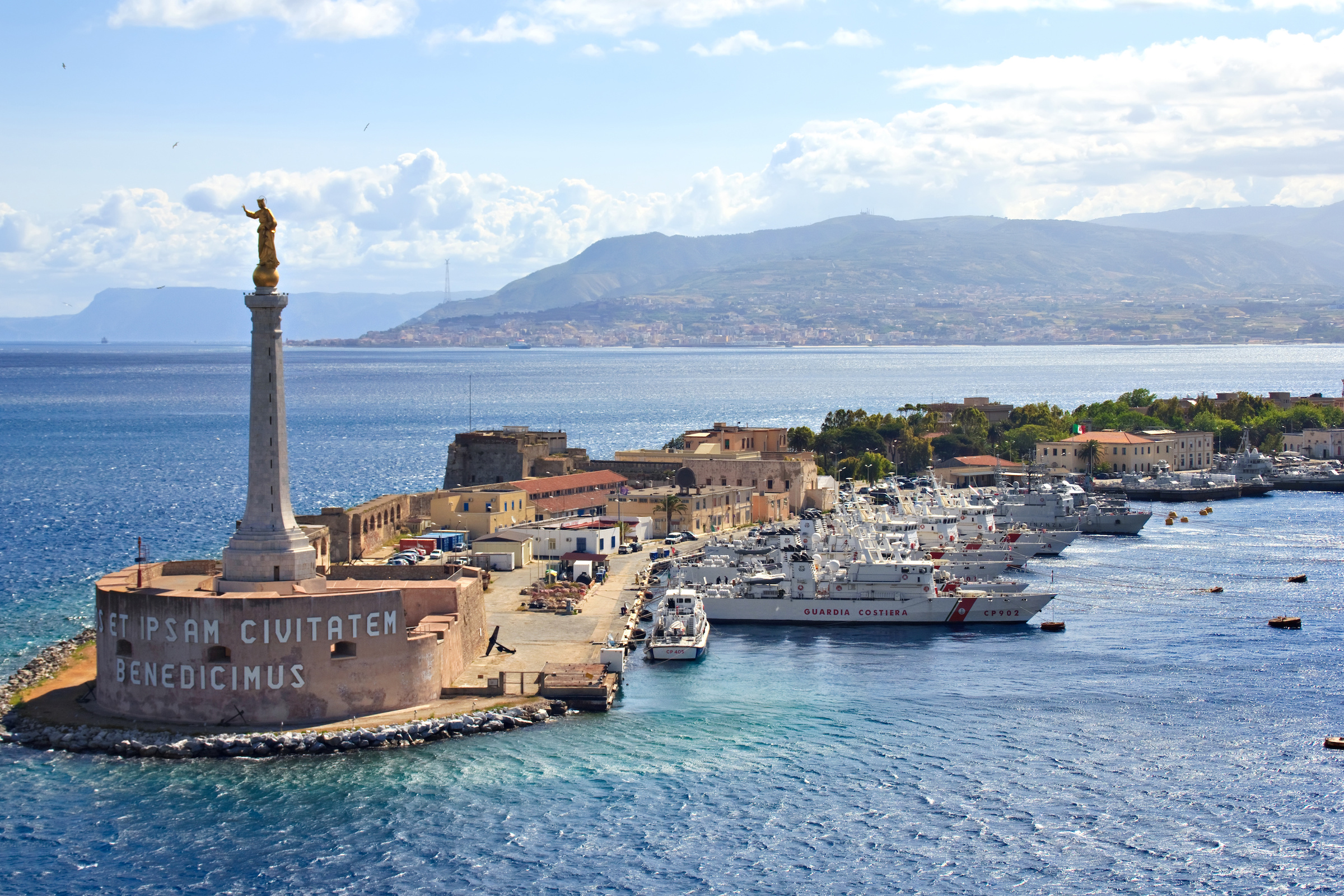 Probably the first settlement in Sicily, Messina was founded with the name of Zancle in 757 BC.. The name means “sickle” because of the similarity of the peninsula of San Raineri (the natural port of the city) to this shape. It was called Messene when in 491 BC. Anassilao di Reggio conquered it and repopulated it with refugees. Messina was then occupied by the Mameritini from the second half of the third century BC.; then it was the turn of the Romans with the victory of the First Punic War.

When the Western Roman Empire fell, in the hands of the Byzantines it became “Messina”, then the Arabs conquered it in 843 AD., finally in 1061 it was taken by the Normans with the help of Roger I of Altavilla. When the Kingdom of Sicily was born in 1130, Messina finally experienced a period of great prosperity, becoming the capital together with Palermo. Messina was, and still is, an important university site; the local “Studiorum Universitas” was even founded in 1548 by Saint Ignatius of Loyola. When in 1674 Messina rebelled against Spain, however, it suffered a strong repression. Furthermore, unfortunately, a serious earthquake struck it in 1783. In 1860 it was annexed to the Kingdom of Italy and restored to the glories of the past when the Sicilian Parliament returned to Messina the free port suppressed sixty years earlier by the Bourbons, with a unanimous vote on the proposal of the deputy Giuseppe Natoli.

Unfortunately the city suffered another very serious earthquake in 1908, which unfortunately halved the population in just 37 seconds. The first rescuers arrived in Messina were the sailors of the Russian Imperial Fleet, which was in the port of Augusta for military exercises, which marks an important page of friendship between the city and the Russian people. Messina was again semi-destroyed with the bombings that took place between 1940 and 1943, which is why the ancient buildings and works of art were mostly destroyed.