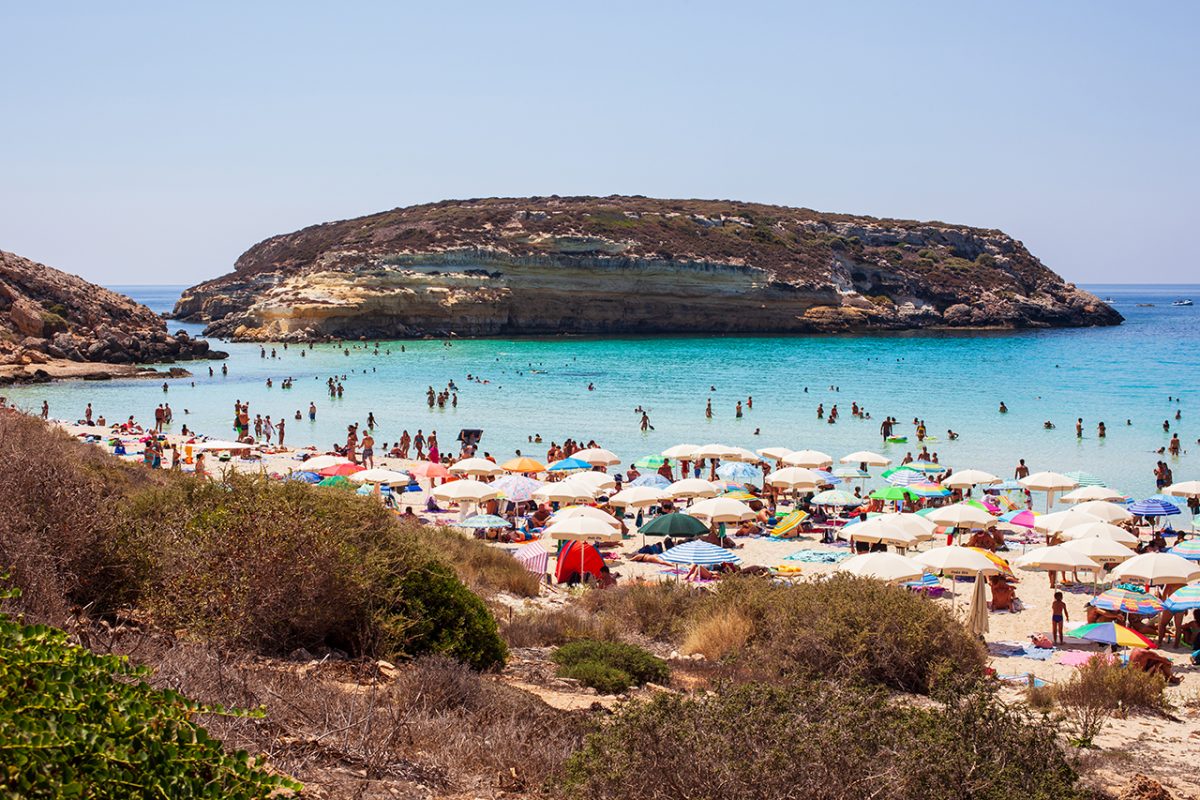 Lampedusa is an island about 20 km long in the Sicilian Channel in the Mediterranean Sea. Clearly closer to Africa than to Italy, it has a landscape with little vegetation, offset by shallow sandy beaches and incredibly blue water.

The fauna, as well as the seabed, are also of rare beauty. Lampedusa is therefore a popular destination for divers. The most popular spots are Punta Parrino, Punta Cappellone, Taccio Vecchio and the Levante shoal. Near the Isola dei Conigli, at a depth of 15 metres, is the statue of the Madonna del Mare, to which a beautiful story of solidarity is linked. The statue was in fact donated by the journalist Roberto Merlo to thank the Lampedusa population for the help received during a misadventure at sea.

Then there are the Caretta Caretta turtles, which have chosen the Spiaggia dei Conigli (Rabbit Beach) as a sacred place to lay their eggs.

This tiny corner of paradise has 320 hectares of nature reserve and has beaches unparalleled on the entire national border: the water supports the boats, which even seem to fly!

Lampedusa can be reached either by ferry or by plane.