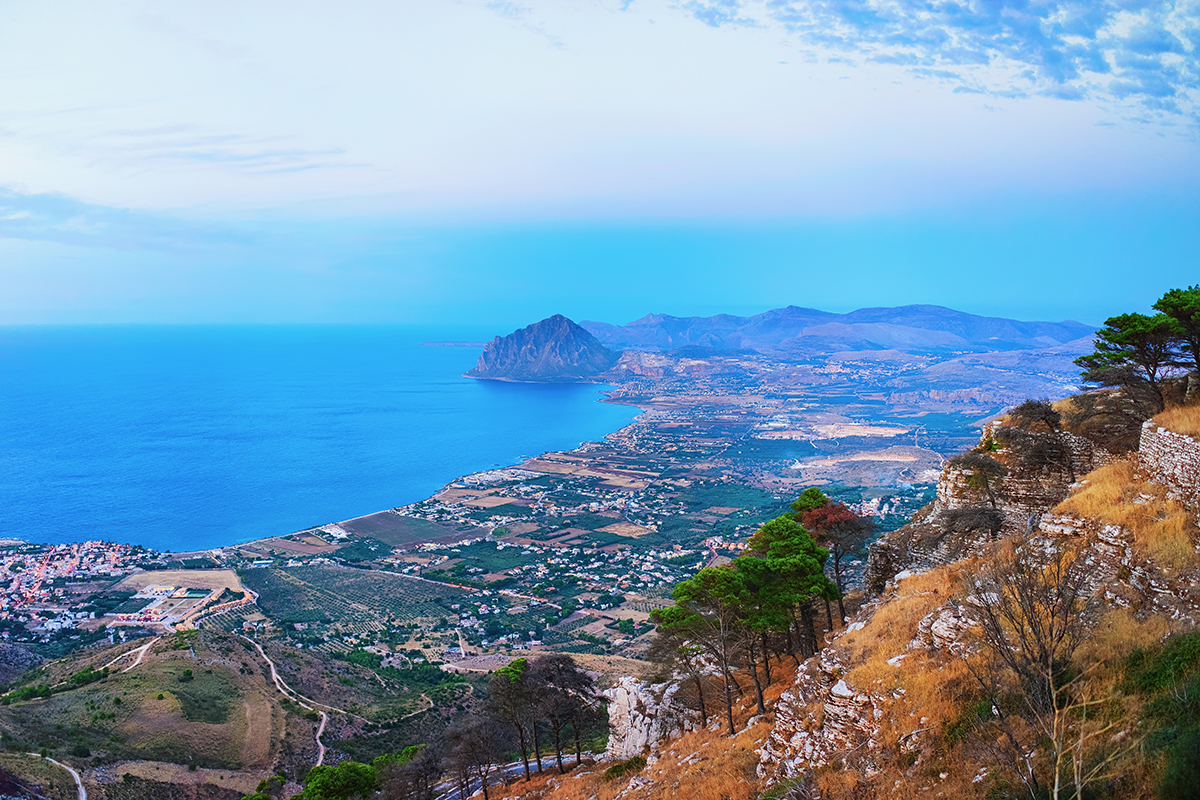 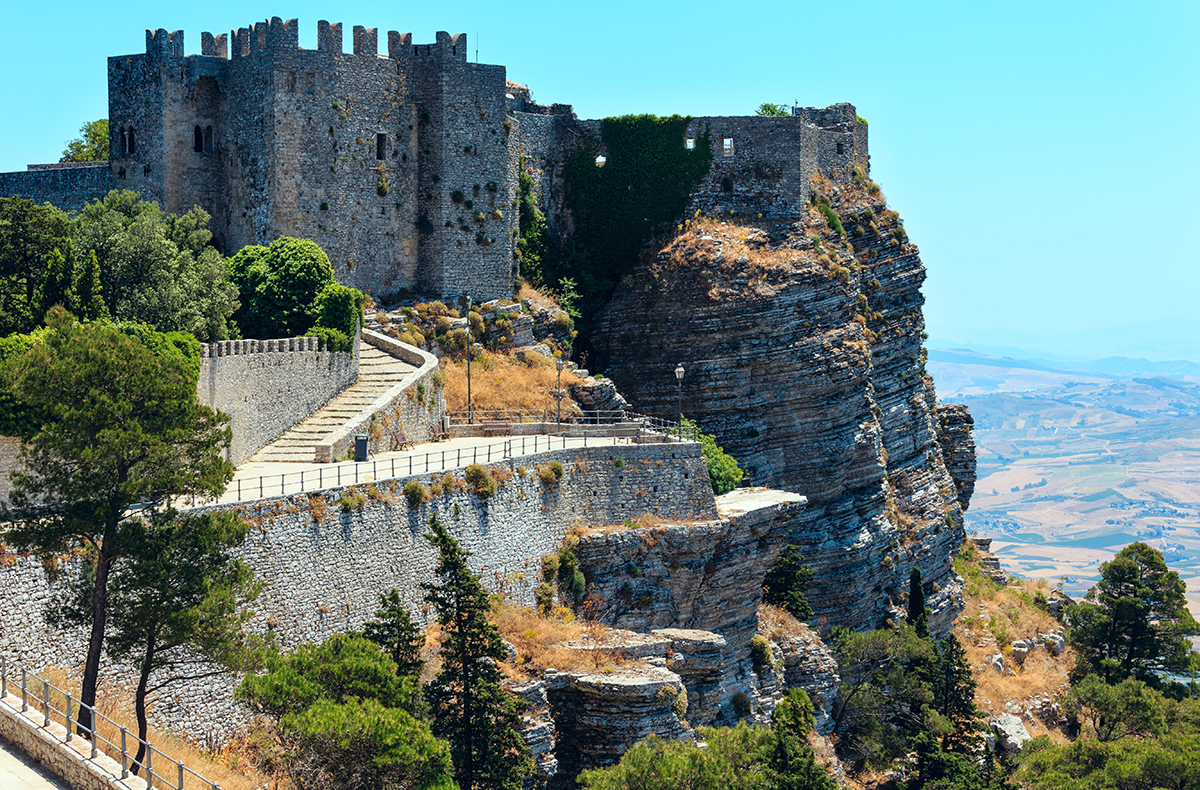 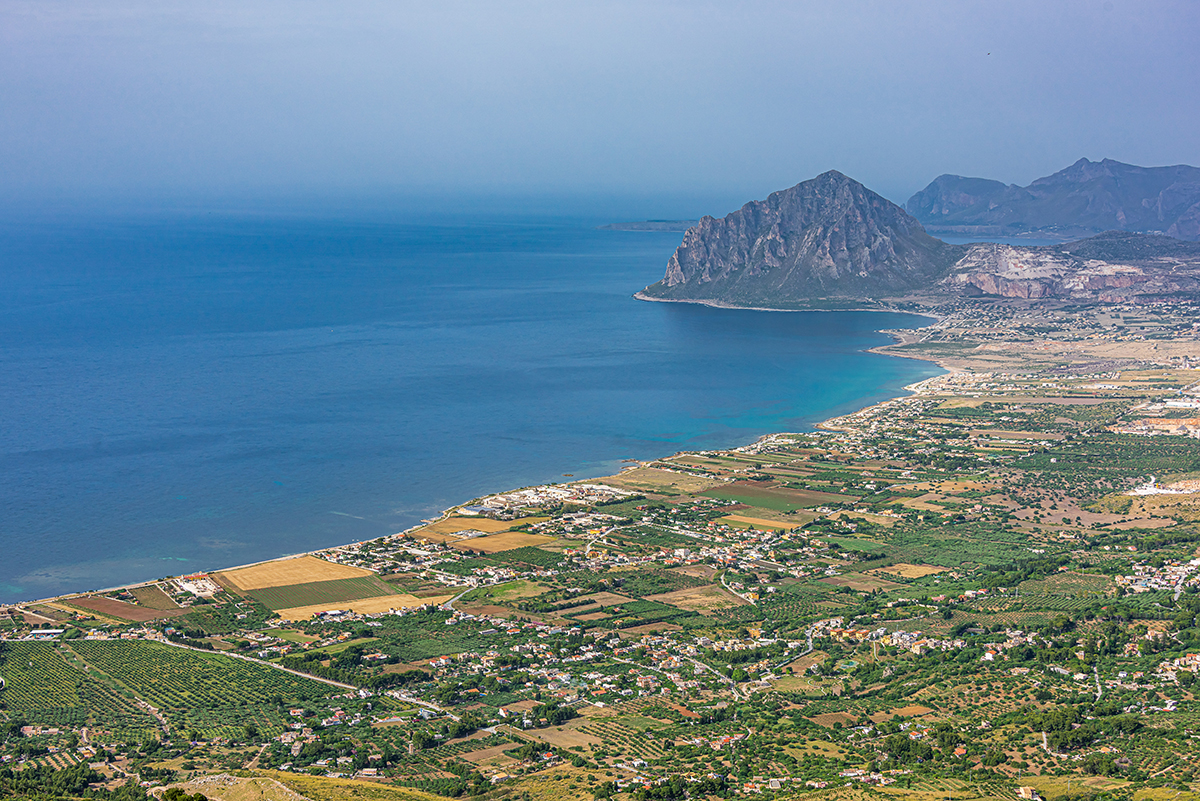 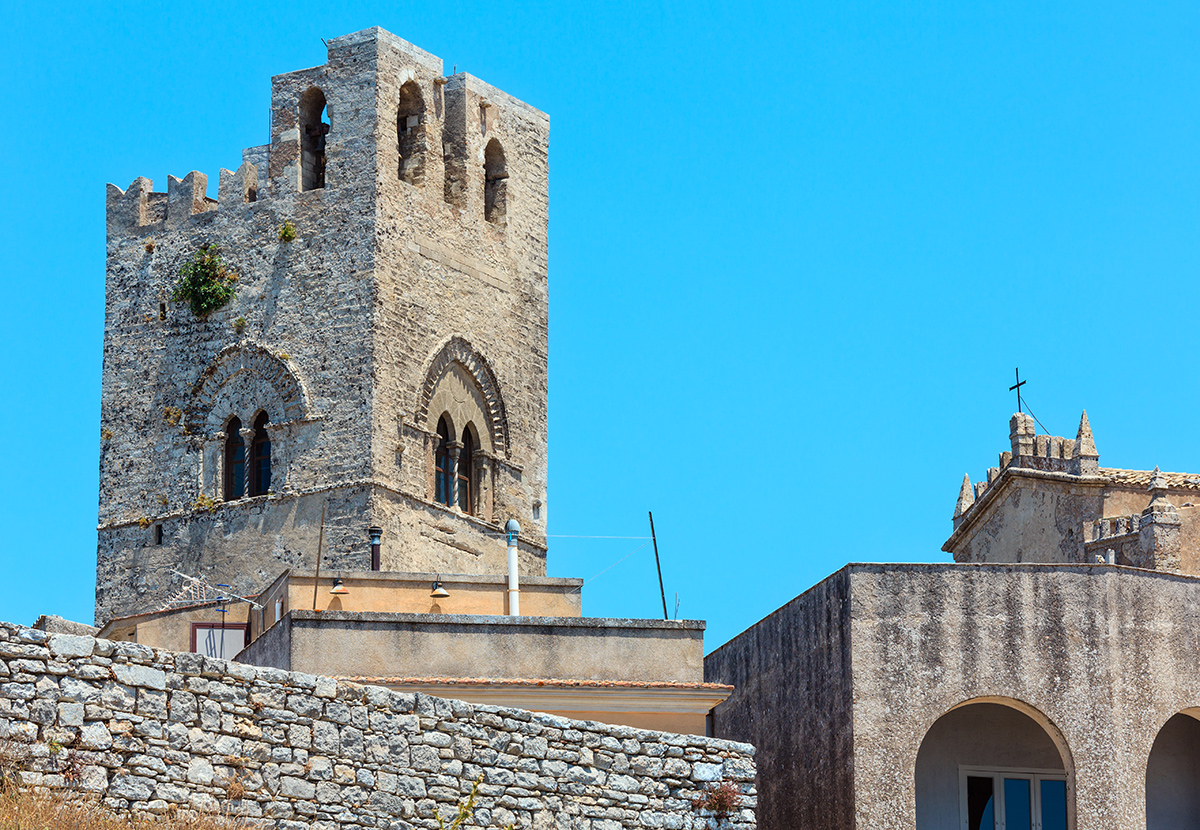 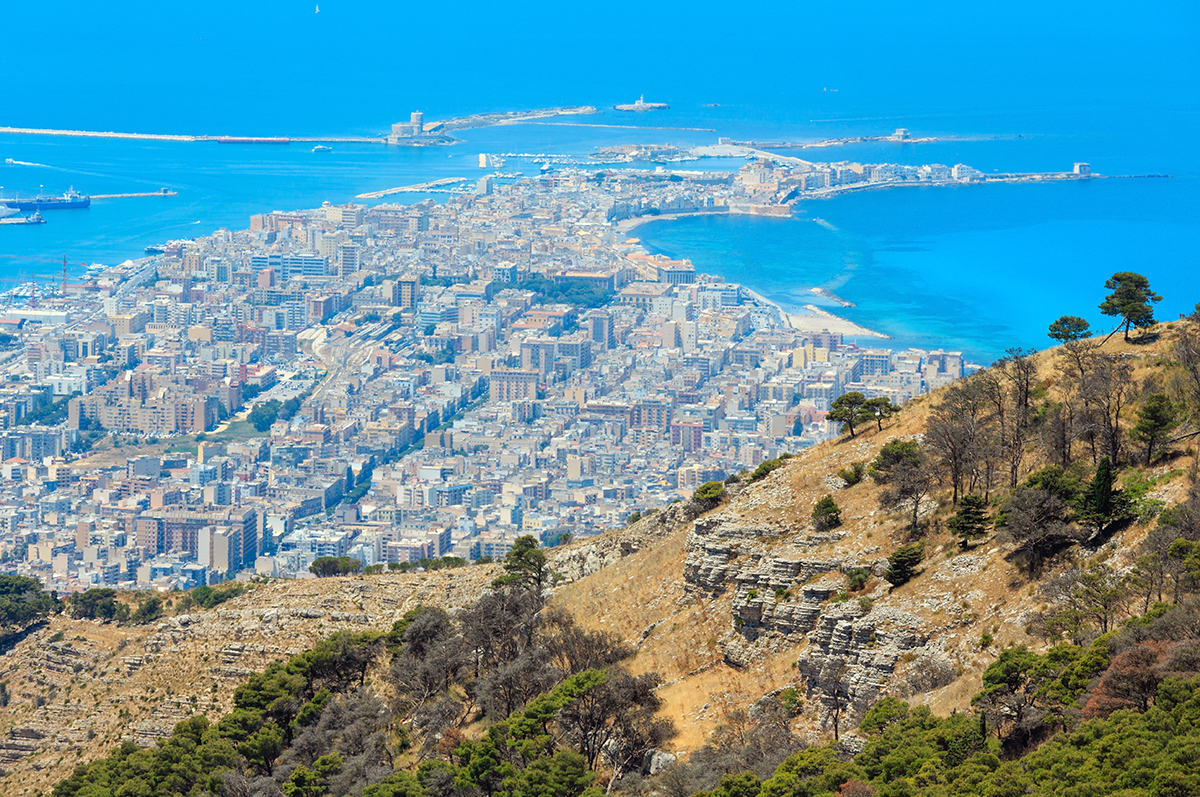 Erice is a medieval village located in the province of Trapani. It is 750 meters above sea level and because of this it offers of an incredible panoramic view of the Gulf of Trapani and the Egadi Islands.

The village is composed of many cobbled streets that intersect each other. During their walk they intersect churches and squares from which one can glimpse stupendous stretches of sea. It possesses an atmosphere based on very ancient roots, made up of dominations that managed to thrive within its defensive walls. We are talking about Phoenicians, Normans, Arabs and Romans. Along the walls, you will find several entrances to the village.

It is not very far from Trapani, only fifteen kilometers away, which is why in summer you can transit between the two places using the cable car. The trip takes only 10 minutes!

When you enter the town you pass through Porta Trapani and come right in front of the Real Chiesa Matrice Insigne Collegiata, known as the “Cathedral of Erice.” It was Frederick of Aragon who wanted it with all his might, in the 14th century. Piazza Matrice, in Gothic style, is also the backdrop for the Bell Tower, once used as a lookout tower.

Strolling further, one encounters Corso Vittorio, over which stands the Church of San Martino, erected instead at the behest of Roger the Norman.

Probably the most striking site, however, is the Norman-era Castle of Venus, perched on a cliff and built between the 12th and 13th centuries. The name derives from the pre-existing temple dedicated precisely to the worship of the goddess Venus. The location was strategic, in fact it was able to allow timely interception any attempted raid. Suffice it to say that on days of perfect visibility, from the Castle, you can even see Pantelleria and Mazara del Vallo.

A short distance from the Castle it will be possible to visit the Balio Gardens and medieval towers. Just below one of these is Torretta Pepoli. It stands on a small platform and in 1870 (the year it was built) was built by Count Pepoli to make it a meeting place for intellectual men. To date, its function is solely as a multimedia museum.

Palazzo Municipale is both home to the Municipal Library and the Civic Museum, which houses archaeological finds such as the marble Head of Aphrodite from the 4th BC.
Just outside the beating heart of the village stands the Spanish Quarter, which was begun to be built with the intention of providing hospitality for Spanish soldiers but was never finished.

Erice represents the centerpiece of the Ettore Majorana Center for Scientific Culture, a scientific organization founded in 1963 and world-famous enough to give it the designation of City of Science for Peace.

Lastly, the food in Erice is of truly excellent quality, you have a very wide choice of restaurants and eateries but don’t forget to try the simplest “pane cunzato“: durum wheat bread baked strictly in a wood-fired oven and seasoned with tomatoes, pecorino cheese, anchovies and oil. Don’t forget to end your meal with genovesi, typical local sweets filled with custard.