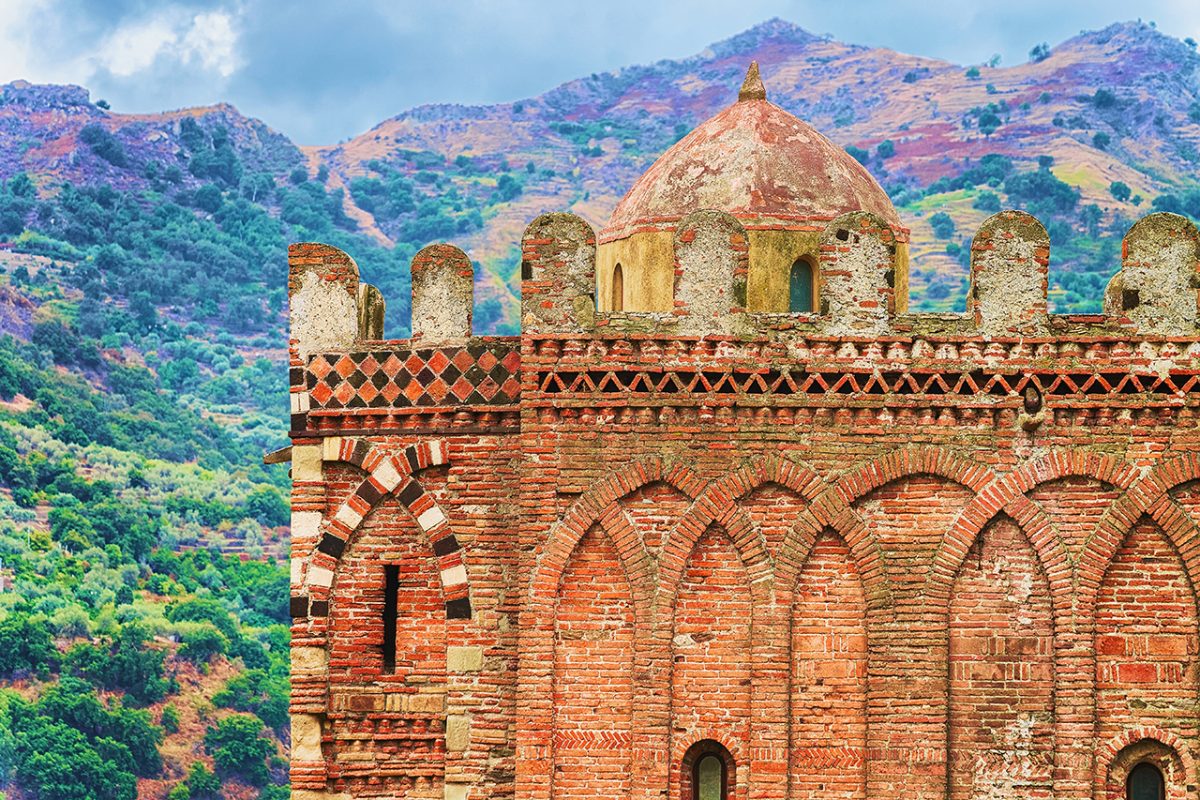 The Church of San Pietro e Paolo D’Agrò is located in Casalvecchio Siculo, near Messina, and is one of the best preserved in the area.

Aesthetically, it has a polychrome texture given by the use of lava stone with limestone and further mixed with terracotta. Their mixture has created colour contrasts that have made the monastery a precious place within this archaeological complex.

The importance attributed to it was also due to the fortification of this ancient monastery, which controlled access to the Agrò Valley, enabling it to be defended thanks to the presence of numerous loopholes, windows and battlements.

For this reason, its inhabitants were not ordinary peaceful monks, but were all trained and prepared to wield weapons and swords.

The first phase of restoration is dated 1172 by Abbot Gerasimus and Architect Gerard the Franco, making it the forerunner of a Norman cathedral concept that would later inspire those of Monreale, Messina, Catania and Cefalù. A curiosity is that inside the church there are Greek details, both bricks and columns, suggesting that these elements were transported from the Ancient Theatre of Taormina.