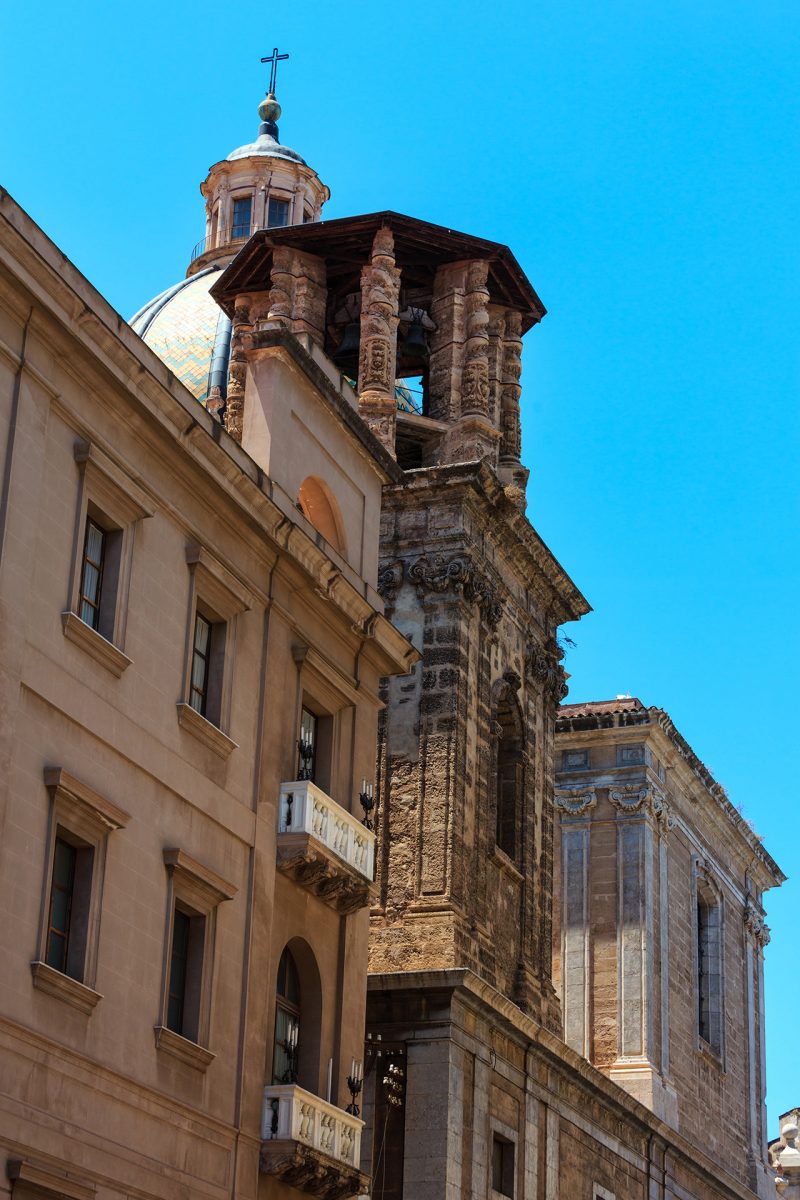 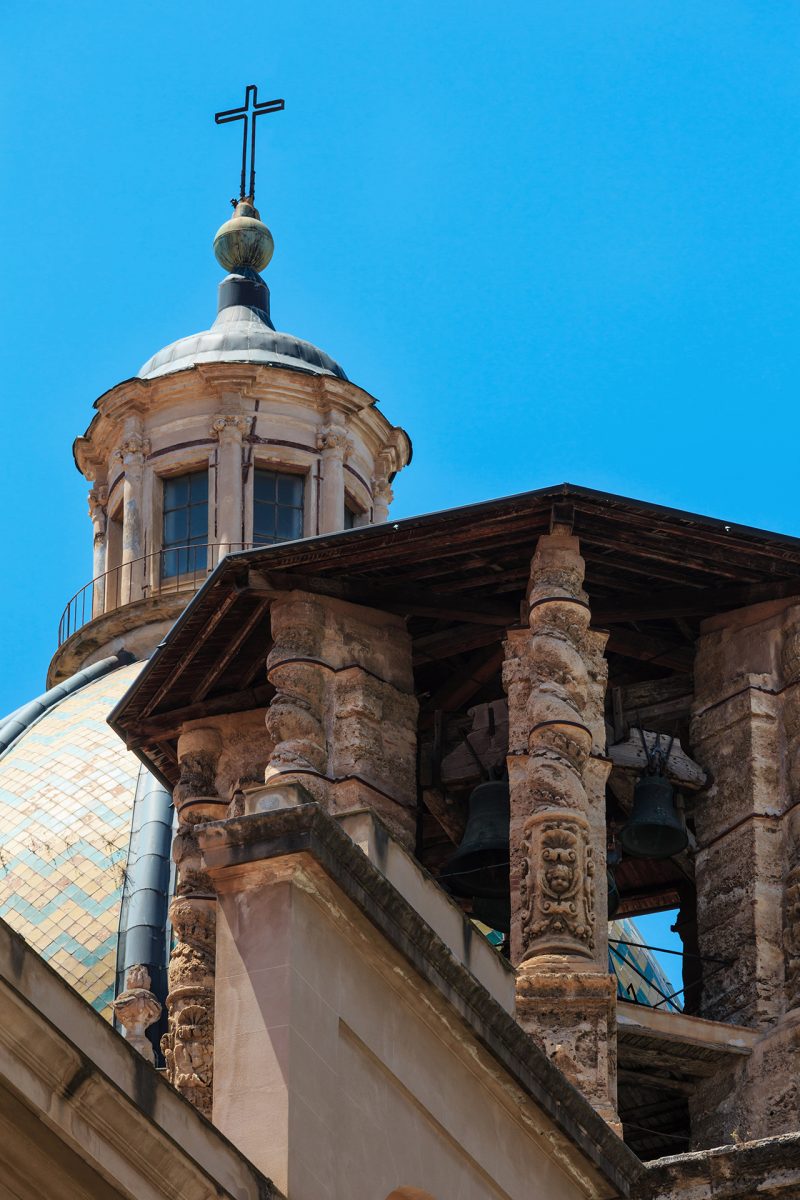 The Church of San Giuseppe dei Teatini is located in Palermo‘s historic centre, at the Quattro Canti, the 17th-century crossroads that divides the city into four parts.

The Church of San Giuseppe dei Teatini was begun to be built in 1612 by a Neapolitan architect within the order named Pietro Caracciolo, who was joined in the project by the lay architect Giacomo Besio.

The Theatines were an Order founded by Gaetano Thiene and Gian Pietro Carafa in 1524 and settled in the Sicilian city in the 17th century when the nobility granted them protection and favours. Their first dwelling was the convent near the Church of Santa Maria della Catena, in La Cala, which they took possession of in 1601, when they decided to build a house of their own, thanks to substantial sources. After two years, they also obtained the Church of San Giuseppe dei Falegnami, turning it into an Oratory and naming it after St Joseph.

For the construction of the church, many other surrounding lands and buildings were also acquired, which gives an idea of how large the architectural plans were. The work was in fact completed in 1645, but in the second half of the century the focus shifted to interior decoration.

The Church of San Giuseppe dei Teatini is truly imposing and stands in a very central location. The neoclassical façade is located on the Cassaro (now officially known as Via Vittorio Emanuele), the oldest street in the city.

The portal consists of a pair of columns with Corinthian capitals supporting the entablature. Inside the niche is an 18th-century statue of Saint Joseph, sculpted by Baldassarre Pampillonia, while at his feet is the emblem of the Carpenters’ Congregation with the crowned axe.

The last element of this façade is the triangular marble tympanum.

Facing Via Maqueda is a façade with a large Baroque dome covered in blue and yellow majolica tiles, easily visible from Piazza Pretoria, and a cornice with an illuminated balustrade.

The last element is unfortunately incomplete: we are talking about the bell tower designed by Paolo Amato.

The interior of the church is richly decorated, making it very elegant. The Latin cross plan with three naves is filled with works of art created during the century. Since the works lasted so long, there were many artists who participated. Among them were the sculptors Andrea Palma, Giuseppe Musso, Paolo Corso, Salvatore Valenti, Giacomo Pennino, Lorenzo and Ignazio Marabitti and Procopio Serpotta, who were joined by the painters Filippo Tancredi, Guglielmo Borremans, Giuseppe Velasco, Olivio Sozzi and Antonio and Vincenzo Manno.

A monumental organ is still preserved inside, as are the two stoups supported by angels made by Ignazio Marabitti and his pupil Filippo Siracusa.

The sculpture of the Madonna dell’Oreto from the school of Gagini is still at the entrance, from which one enters the nave, all decorated with stucco work by Corso and Musso. The paintings depict episodes from the life of Gaetano da Thiene, the founder of the Order, as well as the twelve Apostles.

‘The Triumph of the Saints and Blesseds of the Theatine Order’ is found in the apse vault, whose exclusive patronage was once in the hands of the Mastrantonio and Gaetani families.

The small chapels at the sides are wonderful examples of decorative richness, with paintings, statues and polychrome marble.

A curiosity is that inside this building, ascending a marble staircase, one arrives at an underground church dedicated to the Madonna of Providence, inside which is a spring of water that devotees have always considered to have miraculous powers. Today, this spring is channelled into the courtyard.