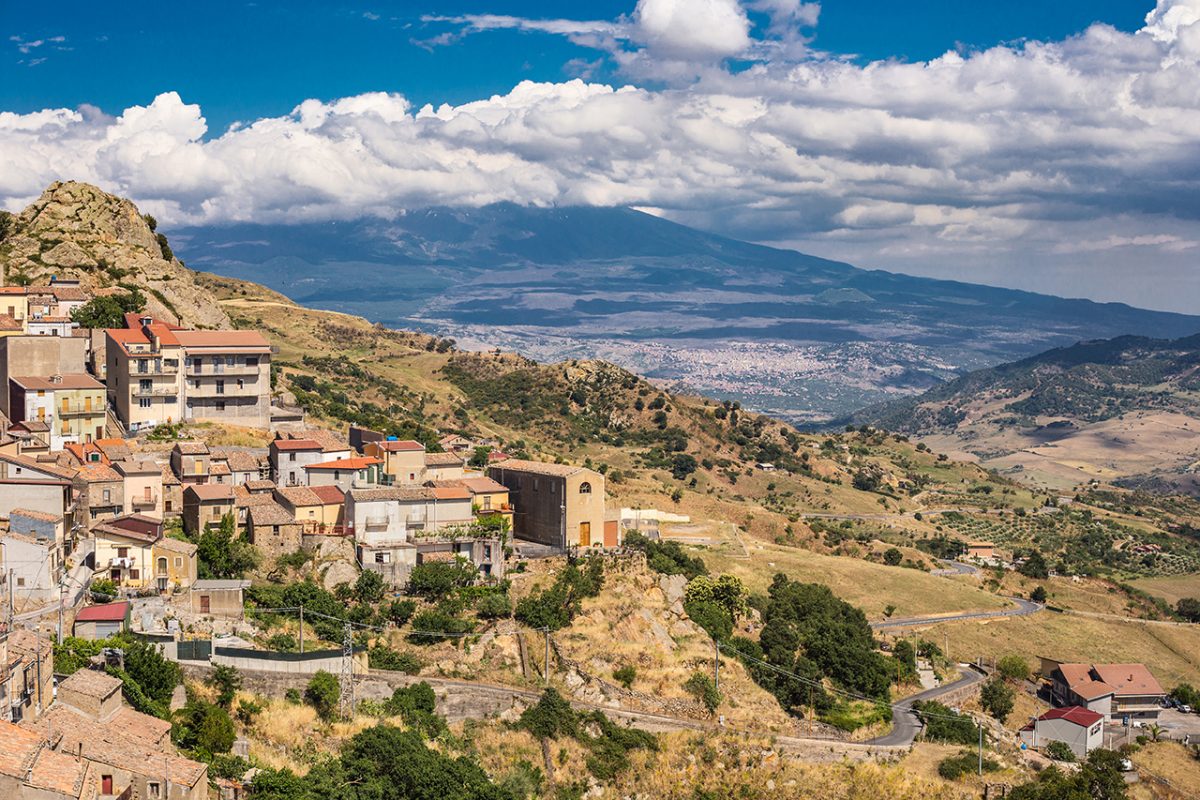 Cesarò is a village with about two thousand inhabitants located within the Nebrodi Park in Messina.

It is located on the sides of a cliff surrounded by oak and beech trees that make this area of the Park particularly memorable to visitors. Among other things, its location was once a particularly important connection point between the Val di Mazara and Valdemone.

The origin of the name is Arabic and derives from ‘kaer’ meaning ‘fortified place’; the name was later changed to Kasr, Kasròn and finally to Cesarò.

The first records of a settlement date back to the 13th century, when the first names of dukes and barons at the head of the Colonna Romano fiefdom are mentioned. They included Frederick II’s trusted physician, Cristoforo, the archbishop of Messina Monsignor Giovanni, Stratigoto of Messina and Tommaso. There were as many as 14 successions until the 18th century.

Monuments worth visiting include the churches of Sant’Antonio, Santa Caterina and Santa Maria delle Grazie. Also worth seeing are the Mother Church dating from 1678, the Ducal Castle and Palazzo Zito, once the residence of the Zito family (now a museum).