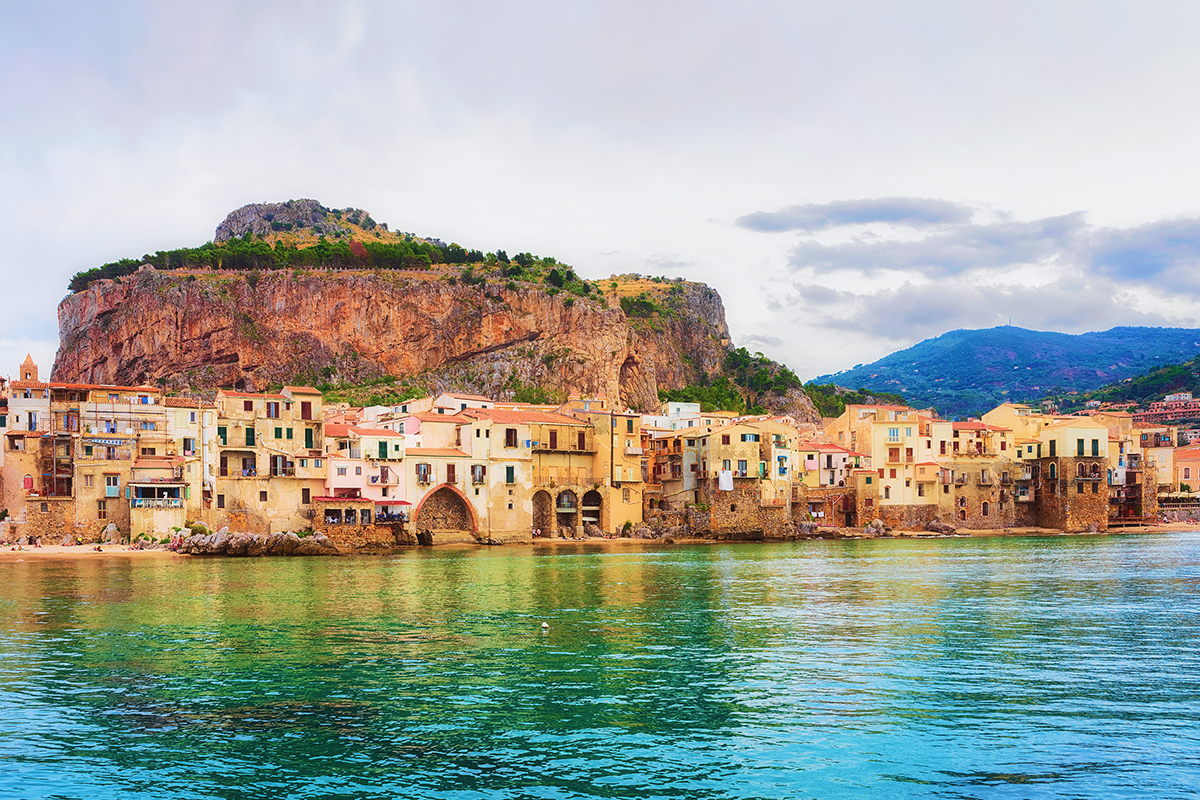 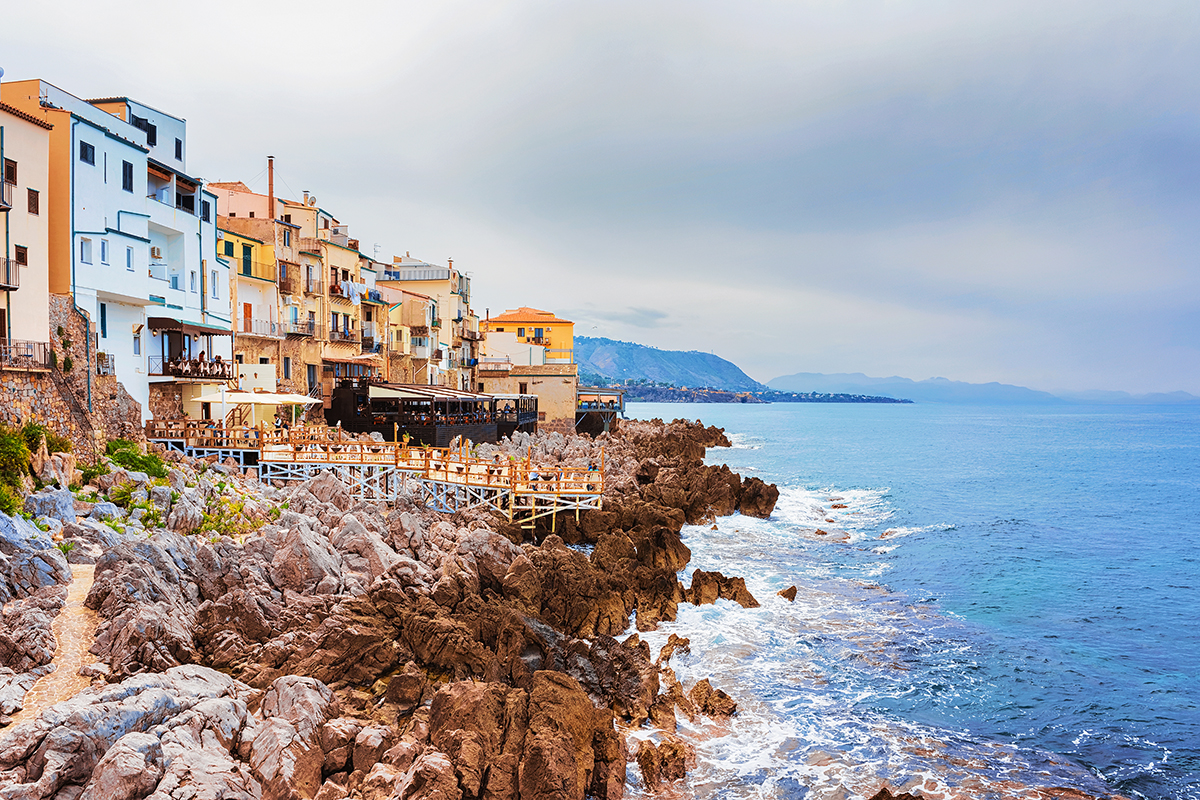 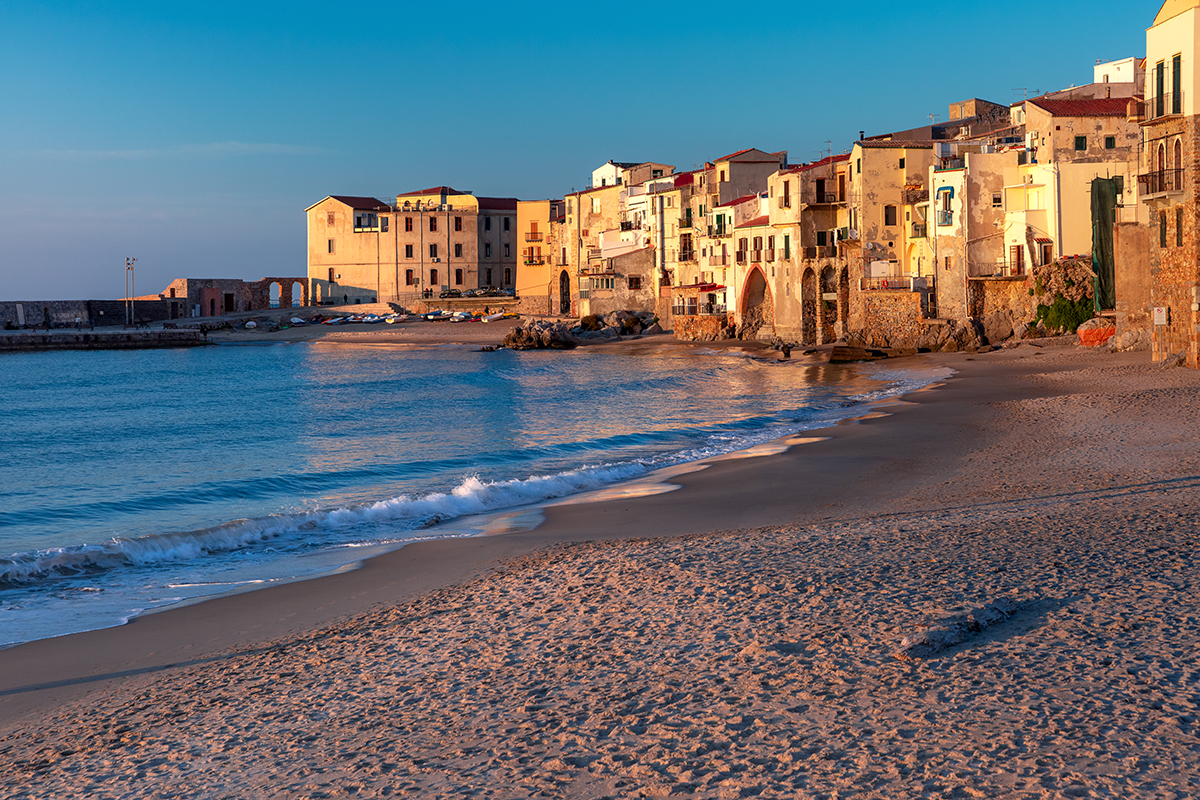 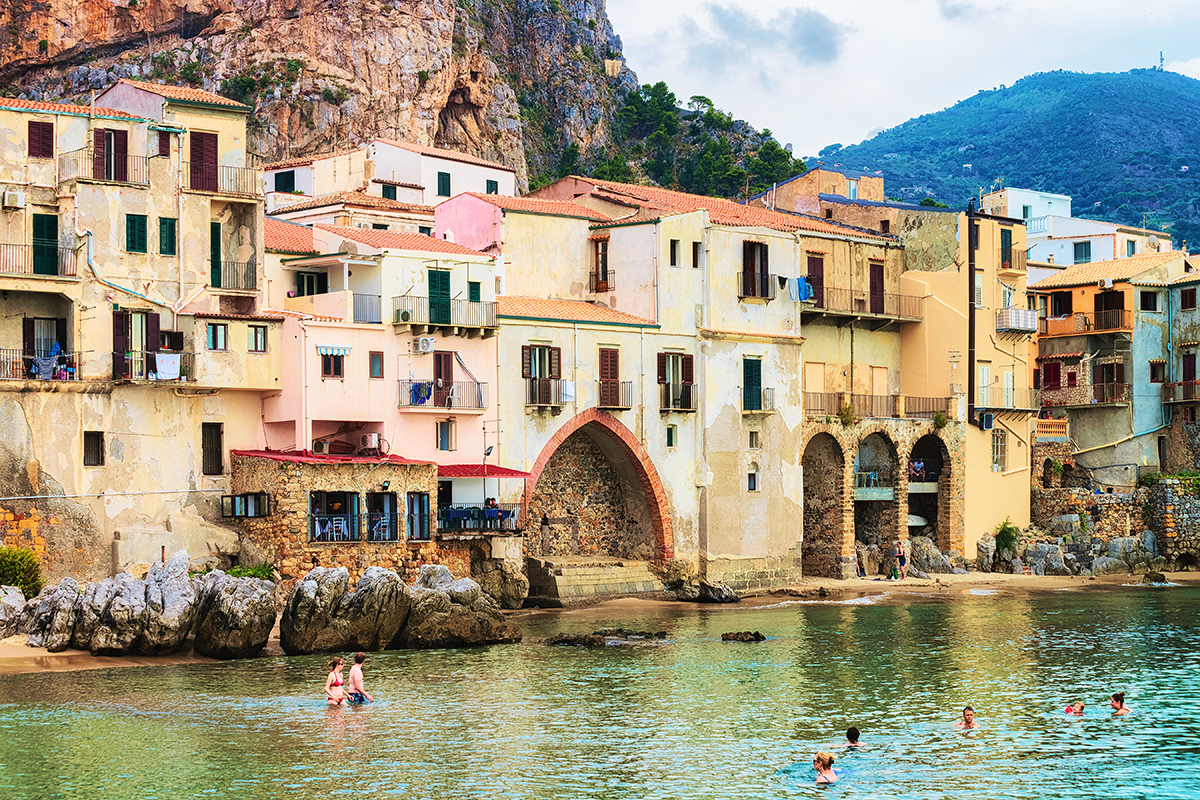 On the north coast of Sicily, about 60 km from the city of Palermo, lies a small Arab-Norman town called Cefalù with a particularly dreamy atmosphere. Declared a UNESCO World Heritage Site in 2015, it is known both for its breathtaking sunsets and striking architecture.

The Cathedral of the Transfiguration was built starting from 1131 and embellished over the years with Byzantine mosaics by masters who arrived directly from Constantinople by Roger II. He had it erected after making a vow, to thank him for escaping a storm. It was consecrated only in 1267.

Once in Cefalù, then, there were four doors. They opened along the city walls but today only one remains, in the oldest part of the city. It is called “Porta Pescara” from the name of the viceroy who had it put in place in 1570, and still today consists of a Gothic arch surmounted by the coat of arms of the kings of Sicily.

A single museum, the Mandralisca Museum, collects numerous art and numismatic objects, which belonged to Enrico Pirajno of Mandralisca. Arrived through a testamentary bequest, the works contained therein even boast a piece by Antonello da Messina: the Portrait of the Unknown Sailor.

Another interesting destination is that of the medieval wash house, at Palazzo Martino. It was completely restored in 1991 and looks like a series of pools that are filled with water flowing from twenty-two cast iron mouths and which can be reached via a lava stone staircase.

In the city, however, there is so much to see, such as a palace that has a tower with quadrangular walls. We are talking about the Osteria Magno, an ancient palace erected in the historic center that was built by Ruggero in the 12th century and which was then enlarged and fortified by the Ventimiglias. Passed down from generation to generation until 1602, it is of considerable historical and structural importance.

If you still have time available, visit the Sanctuary of Gibilmanna which is located in the homonymous hamlet of the village of Cefalù. The Church, built in the 11th century, was rebuilt from 1619 until 1624 and the Chapel of the Madonna was completed in 1625. The last step was the assembly of the altar machine in mixed marble from Pampillonia.

The sanctuary is located about 800 meters above sea level, and is still a pilgrimage destination and a place of prayer; inside it preserves numerous works of art, including: the statue of St. John the Baptist, the statue of St. Helena and the precious marble simulacrum of the Madonna of Gibilmanna.